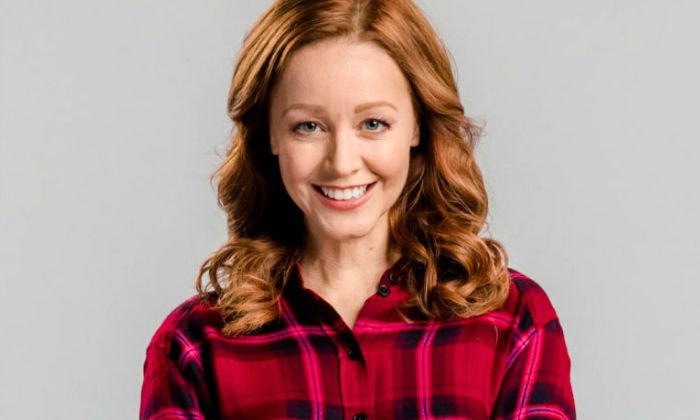 Lindy Booth is an Ontario-born Canadian actress who is probably known best for her part as Riley Grant on Disney’s The Famous Jett Jackson and for starring as Claudia in the Canadian TV series Relic Hunter. Having been in the industry for more than twenty years, the 40-year-old gorgeous Lindy has featured in more than 75 television series and movies.

With such talent in acting, Lindy has carved out a place for herself in the entertainment industry. Apart from the aforementioned roles, she landed lead roles in Eerie, Indiana: The Other Dimension, October Road, The Philanthropist, and The Librarians. The latter earned her a Golden Maple Award nomination for Best Actress in a TV series. Her film credits include Dawn of the Dead, Cry Wolf, Lucid, What Just Happened, Behind the Wall and Kick-Ass 2.

Lindy Booth was born on the 2nd of April 1979, in Oakville, Ontario, Canada. She is currently 42 years old.

While there’s not a lot to share about her immediate family, Lindy had spent most of her life in her hometown of Oakville, Ontario. She’s fascinated with performing arts right from her young age and she used to perform in front of her family for the plays she and her sister wrote.

Booth attended and graduated from Thomas A. Blakelock High School in Oakville in 1998. She acted in several plays in school. She was determined to become an actress and rather joining college for higher studies, she acquired an agent and went on to attend auditions regularly.

With no doubt, Lindy Booth is an extraordinary beautiful redhead that has extremely attractive body measurements. Men would easily fell for her, thanks to the gorgeous pictures she shares with her fans on Instagram.

Unlike other film stars, who always ought to be in the limelight, Booth is rather different. Well, she is usually silent when talking about her private life and her willingness not to reveal any details of her married life has only just fueled the fans’ curiosity as to know if she’s in a relationship or married to someone secretly.

Well, Lindy Booth is married. The man in question is the American film director, screenwriter, and producer, Jeff Wadlow. They have been dating quite for a while and even worked together in the 2013 black comedy film, Kick-Ass 2.

The couple got married on 4 October 2014 at a beautiful wedding ceremony. As far as we know, they do not have any kids and it remains a mystery as to why they haven’t publicized their marriage nor make any public appearances together.

Lindy Booth made her acting debut with a minor role in the sci-fi film Teenage Space Vampires in 1999. Her first credited role came in 2001, two years later after her acting debut, with the Canadian drama film, Century Hotel, where she played the role of Supergirl / Sylvia.

Actually, Lindy started off with television in the year 1998 where she was cast in a television film called Mr. Music. Though it was a small role, it marked her debut on television.

That same year, she caught the attention of the casting producers of Eerie, Indiana: The Other Dimension, a spin-off of Eerie, Indiana. She was cast in the role of Carrie Taylor, a role that led to other note-worthy roles. The series aired on the Fox Kids Network.

After being cast in several guest appearances and minor roles, Lindy Booth had her breakthrough with a series regular in the Canadian TV series, Relic Hunter. She played Claudia in the first two seasons of the series and went o to play Hawk / Riley Grant on Disney Channel’s The Famous Jett Jackson.

Booth was lucky enough to play such significant roles early in her career that brought her into fame. She soon gained the traction that many actors would envy and went on to star in hit TV series like October Road, The Philanthropist, and The Librarians.

Through her TV works, Lindy has found a lot of success that not only boosted her popularity but also helped her to earn a massive net worth for herself. As of 2020, Lindy Booth has a net worth of $3 million dollars.

She fell in love with drama and theatre at a young age and took it seriously after completing high school. While in school, she won many awards including the 1994-1995 Junior Drama and the 1997-1998 Senior Drama awards.

She is a huge fan of the Toronto Blue Jays and the Los Angeles Dodgers.

On her Instagram page, Booth posted a picture showing off a temporary tattoo of Canadian Prime Minister Justin Trudeau on her left arm.

She won the 2003 DVD Exclusive Awards in the category “Best Supporting Actress” for her role as Kelly in the 2002 direct-to-video thriller film, The Skulls II.

Her performance in the role of Eryn Bellow in the 2019 comedy-drama film, The Creatress, won Lindy the “Best Lead Actress” award at the 2019 Nice International Film Festival.

She is afraid of heights and has revealed in an interview that she has problems with height and would become nervous when boarding a flight.