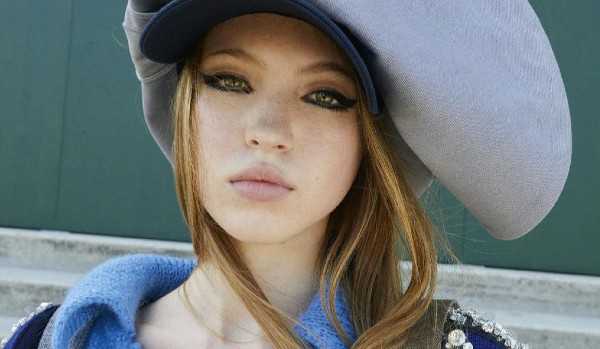 Lila Grace is an English model who is most famously known as the daughter of supermodel and businesswoman Kate Moss and Creative Director and Dazed Media co-founder Jefferson Hack. Though her parents are no longer together, they dated for three years between October 2001 and October 2003. Kate was 27 when she gave birth to her only child Lila in 2002. She has been modeling since the age of 14 and has modeled for big names in the fashion industry including Topshop during the London Fashion Week 2017. In 2020, she walked the runway for Miu Miu’s Spring/Summer 2021 collection. She’s signed to her mother’s Kate Moss Agency.

Not much is known about her educational background right now.

She lives with her parents in London, England, United Kingdom.

Being the daughter of supermodel and businesswoman Kate Moss and Creative Director and Dazed Media co-founder Jefferson Hack.

Lila Grace was scouted at the age of 14 by Sarah Doukas, founder of Storm Model. Her first modeling gig was the face of The Braid Bar.

She became the face of Marc Jacobs Beauty in 2018 at the age of 15, and that same year, she made her solo cover debut in Dazed Magazine.

She has worked with many luxury brands including the likes of Fendi, Marc Jacobs, and Dior.

Actress and former model Sadie Frost is her godmother.

In September 2021, she walked the runway along with her mother for Fendi x Versace at the Milan Fashion Week.

In May 2022, she appeared on the cover of British Vogue, her first ever fashion magazine cover shoot.