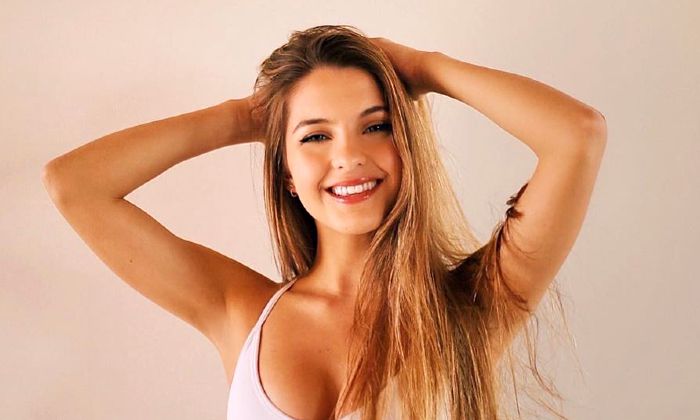 Lexi Rivera is an American YouTuber, social media influencer, and the younger sister of popular YouTuber, Brent Rivera. She was captivated by social media life at an early age, thanks to her brothers, Brice and Brent, as she often featured in their YouTube channels. As she got older, she started her own YouTube channel on which she uploads various vlogs incorporating her gymnastics skills, pranks, challenges, travel, and many more. Her YouTube channel has a family of over 4.7 million subscribers.

At such a young age, Lexi Rivera is already successful as well as has garnered so much attention for herself. Furthermore, she has an impressive 8 million followers on her Instagram. Her social media family has been growing strong since the beginning of her career.

Lexi Rivera was born on the 7th of June 2001, in Huntington Beach, California, United States of America. She is currently 20 years old.

Very limited information is available about her personal life. As a youngest one in her family, she was raised by her mother, Laura Rivera, alongside her three older brothers, Blake, Brice, and Brent, in their hometown of Huntington Beach, California.

Rivera usually spent a lot of time with is Brent as she is very close to him. Prior to becoming a social media personality, she attended Huntington High School which she graduated from in 2019. Later, she was accepted to the University of California, Santa Barbara but she decided to defer her studies.

Lexi is quite outspoken when it comes to her dating life and has no qualms about sharing her relationship status with her followers. Currently, she has been dating Ben Azelart, a skateboarder and social media star, who has quite an exception social media following.

Ben and Lexi have been together in a romantic relationship since 2018. They have been featured in a lot of videos on each other’s channels as well as they share rather intimate pictures on their Instagram pages.

Lexi was previously linked to vine star Hayes Grier but she totally refuted the dating rumors saying they were just friends.

Although Brent created a YouTube channel for Lexi to showcase her gymnastics skills in 2012, she uploaded her first-ever video only in July of 2018. With a matter of time, she has gone on to enjoy a large following from all over the world. In less than two years of launching her channel, it has already garnered more than 4.7 million subscribers. Her channel features a variety of topics ranging from pranks to challenges to travel to daily vlogs.

Lexi is now quite popular on Instagram as well, where she has over 7 million followers. Lexi is an inspiration to anyone who wants to achieve their own dreams and turn something they love into a lucrative career. She will continue to run her YouTube channel with her fans and subscribers in mind. Fans are always eager to see the new content on her channel, which she updates on a weekly basis. The future looks bright for Lexi as she continues to do what she loves.

Over the years of his successful online career, Brent has managed to earn a handsome amount of money from different revenue streams. Her successful online career has caught the attention of several companies that want to connect with his audience. As of 2022, Lexi Rivera’s net worth is estimated to be around $300 thousand dollars.