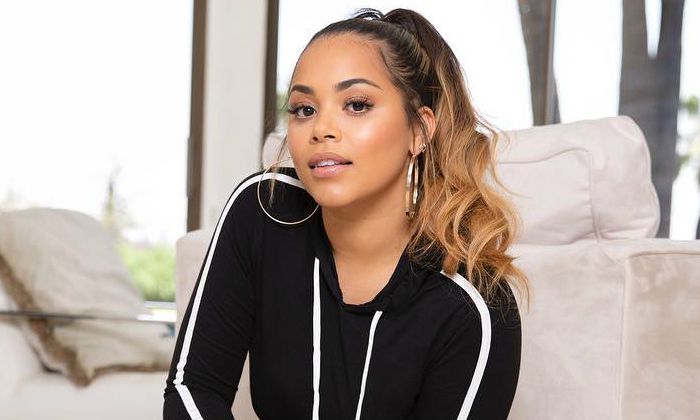 Lauren London is an American actress and model and the mother of two beautiful children. She marked her entry into showbiz with her role as Erin Garnett in the 2006 coming-of-age film ATL. A role that earned her loads of fame as well as a nomination at the Black Movie Awards in the category “Outstanding Performance by an Actress in a Supporting Role.” She played Kiera Whitaker on the BET comedy-drama, The Game from 2013 to 2015. Some of her notable television works include her roles in 90210, Entourage, Single Ladies, and Games People Play.

Lauren London was born on the 5th of December 1984, in Los Angeles, California, United States of America. She is currently 38 years old.

Lauren London’s mother is an African-American and her father is Jewish. Despite the fact that Lauren is a popular personality in show business, not much is known about her early life including her parents’ names and other details.

She attended Palisades High School before enrolling in a home study program. She began starring in commercials at a very young age and found it difficult to balance both acting and studies thus she joined homeschooling during her sophomore to senior year of high school.

Lauren’s first publicly known relationship was with rapper Lil Wayne. They began dating in 1998 and had been together for eleven years before ending their relationship in January 2009. In March of that year, she revealed that she is expecting her first child with her ex-partner Wayne and they welcomed their son Cameron Lennox Carter on September 9, 2009.

When asked about her relationship with Wayne, she stated, “I met Wayne when I was 15 years old. I’ve known him a very long time, and we were in a relationship that didn’t make it. We tried more than once to revive it, and we were engaged briefly years ago, but we eventually parted ways. People see the ‘Lil Wayne’ personality and think they know who he really is. My son’s father is an intelligent, loving, and lovable person who will always be a dear friend. And that will never change. That is all.”

After that, she had a secret affair with rapper Trey Songz from 2009 to 2014. They both kept their relationship private and it was not made public until Songz himself revealed that he and London dated from 2009 until January 2014.

In 2013, London began dating rapper Nipsey Hussle. She gave birth to their child, named Kross Asghedom, born on August 31, 2016. They have been together until Hussle was shot dead on March 31, 2019, outside his store, Marathon Clothing, in South Los Angeles. He was 33 years old.

Lauren London’s first big-screen role was in the 2006 comedy-drama film, ATL, playing her part as Erin “New New” Garnett. She was nominated for Best Supporting Actress at the year’s Black Movie Awards for her performance in the film.

Talking about her remarkable and fascinating works in both films and television, one could instantly admit that her performance in the romantic drama film ATL was the best in her career. Nothing has come closer to the performance that she delivered in ATL to date.

She also met with critical acclaim for her role on the HBO comedy series, “Entourage”, in which she played the character Turtle’s (Jerry Ferrara) love interest. In 2013, she was cast in Baggage Claim, the film adaptation of playwright and director David E. Talbert’s 2005 novel. Her other notable performances include 90210, Single Ladies, The Game and Games People Play.

Lauren London has accumulated a net worth of $8 million dollars over the years with the majority of her fortune coming from her film and television appearances as well as from her modeling career.

Lauren got her start in the entertainment industry, appearing in music videos and commercials before landing on television shows and films.

She has been featured in several music videos of artists including Snoop Dogg, Pharrell, Tyrese, T.I., Ludacris, Common, and Ne-Yo.

She’s a big neo-soul and hip-hop fan and likes going to concerts.

In 2007, London was made the spokesmodel for Sean John Woman’s Collection.

Despite failing multiple times in auditions, Lauren didn’t give up acting but continued to put in the maximum effort while giving auditions. She gave around five auditions before she was picked up to play the role of Erin “New New” Garnett in the 2006 coming-of-age film ATL.