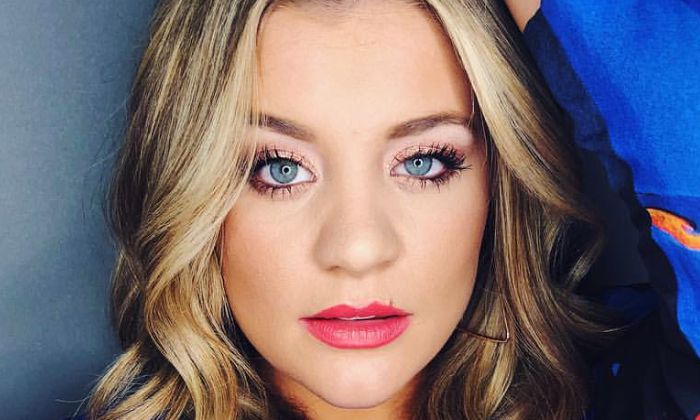 Born and bred in Rossville, Georgia, Lauren Alaina first caught the attention when she came as the runner-up in the 2011 season of Fox’s American Idol. This gorgeous singer further earned fame and recognition with her subsequent release of studio albums such as Wildflower (2011) and Road Less Traveled (2017). Both of her albums charted within the top 3 of the Billboard Country and the first single to achieve number one Billboard Country Airplay was the lead track of her second album, Road Less Traveled. Having been in the pop world for over a decade, Lauren Alaina has carved a niche for herself in country music in her own right. In 2019, she earned fourth place on ABC’s season 28 of Dancing with the Stars.

Lauren Alaina was born Lauren Alaina Kristine Suddeth on the 8th of November 1994, in Rossville, Georgia, United States of America. She is currently 28 years old.

Lauren Alaina is the daughter of J.J. Suddeth, a process technician in Chattanooga, Tennessee, and his wife Kristy. She has an older brother named Tyler Suddeth. Her parents divorced in 2013 due to her father’s alcohol issues. The same year, her father quit drinking and has been sober since then.

Shortly after, her mother married Sam Ramker, but unfortunately, her step-father succumbed to cancer on October 21, 2018. Alaina attended Lakeview-Fort Oglethorpe High School, where she was a member of the cheerleading team.

Though Alaina has been singing since she was three years old, it was actually her cousin, Holly Witherow, a brain cancer survivor, who motivated her to pursue a career in music.

Lauren Alaina released her first studio album entitled Wildflower on October 11, 2011, through Mercury Nashville and 19 Entertainment in the U.S. The album peaked at number five on the US Billboard 200 chart and number two on the Billboard Top Country Albums chart.

With more than 300 thousand record sales in the U.S., the album was named the best-selling digital album by a debut country female. The album spawned three hit singles, with the lead single “Georgia Peaches” that debuted at number 28 on the Billboard Hot Country Songs chart while singles “Like My Mother Does” and “Eighteen Inches” peaked at number 37 and number 37 on the Billboard Country Airplay, respectively.

As a passionate singer, Lauren competed on season 10 of Fox’s American Idol in 2011, where she came in second place. Scotty McCreery of North Carolina clinched the title.

Alaina’s self-named YouTube channel “LaurenAlainaAIVEVO” is a great way for her fans to see all of her latest music videos. The channel has garnered over 70 million views since its launch.

Arguably, Lauren Alaina is one of the most popular country singers in the U.S. She has already achieved a considerable amount of success down the line of her career. All those accomplishments, as well as her business endeavors, have accumulated a net worth of $800 thousand.

She was a member of the cheerleading squad in high school.

She won the Southern Stars Pageant competition when she was just eight years old.

Lauren has performed on the Kid’s talent stage at Chattanooga’s Riverbend Festival between ages 8 and 12.

In 2009, she was named the first-ever winner of the WinniSTAR youth talent award.

She once worked as a waitress at CiCi’s Pizza.

She owns a turtle named Squirt.

Lauren won the New Artist of the Year Award at the 2012 American Country Awards.

Alaina stated in a Rolling Stone interview that she struggled with bulimia, an eating disorder when she was young.

In 2017, she was featured on her childhood friend, Kane Brown’s 5x Platinum-selling No. 1 hit “What Ifs.”

Alaina was named the face of Flight by Yuengling, a premium light beer, in 2020.

On March 6, 2020, Alaina released an EP entitled “Getting Good,” featuring six tracks including “Getting Good,” “The Other Side,” “Ladies in the ’90s,” “audio delight” and “big ol’ dance party.”

On December 18, 2021, she was invited to become an official member of The Grand Ole Opry.

In April 2022, she ended her contract with Mercury Records and signed a lucrative deal with Big Loud Records in July of that year.

In 2022, she starred in the CBS survival reality series Beyond the Edge. She exited the show after she suffered an injury resulting in a ligament tear.