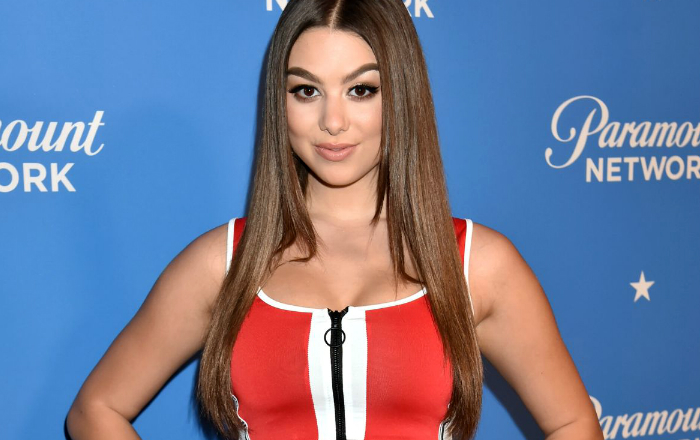 Kira Kosarin comes from a family of Broadway performers. Her mother, Lauren Kosari, is an actress and her father, Danny Kosarin, was a music director, conductor, and record producer. She is the only child of her parents.

Kira Kosarin is in a relationship with musician and composer, Max Chester. They began dating in 2020.

She had previously dated actor Jack Griffo in 2017 and Argentinian singer, Nick Merico in 2014.

Kira Kosarin is yet to make her debut in feature films. In 2011, she was cast to star as Anna in a short film, Last Day of School.

Kosarin made her first television appearance in the Disney Channel sitcom Shake It Up in episode 21 of season 2 titled “Wrestle It Up” for her role as Raina in 2012.

She gained a lot of fame for her portrayal of Phoebe Thunderman in Nickelodeon’s superhero live-action comedy series The Thundermans from 2013 until 2018.

As of 2022, Kira Kosarin has an estimated net worth of $1 million dollars. She lives in Los Angeles.

She began acting, dancing, and singing since she was a child. She studied ballet at Boca Ballet Theatre.

Kosarin is proficient in various dance forms such as jazz, ballet, contemporary, lyrical, modern, and hip-hop.

Kira is a huge fan of Miranda Cosgrove and Victoria Justice.

In 2013, Kosarin lent her voice for the American Doll feature film “Saige Paints the Sky.

She was nominated for a Kids Choice Awards for The Best TV Show in 2015.

She plays the guitar, flute, piccolo, piano, and ukulele.

She has a dog named Delilah.

In July 2020, she released an extended play, Songbird.

In December 2020, Kira announced on social media that she and her boyfriend Max Chester had tested positive for coronavirus.