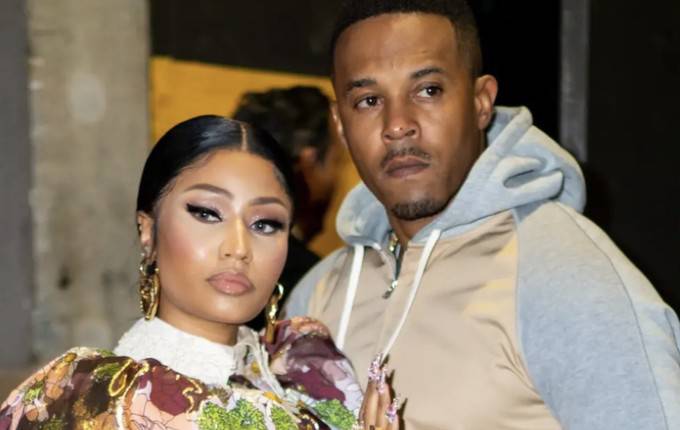 Kenneth Petty is an American music executive and actor who shot to fame after his relationship with rapper Nicki Minaj went public in December 2018. Petty and Minaj knew each other since they were young as they were from some town. He was her first love and they dated sometime around when she was 16 years old.

Hailing from Queens, New York City, the music professional has a long criminal history. He spent four years in prison after he was convicted of attempted rape of a 16-year old girl back in 1995 and another seven years in a manslaughter case. He has featured in two of Nicki’s hit music videos: “Megatron” and “Hot Girl Summer”. The couple got hitched in October 2019, and a year later, she gave birth to Petty’s first child in September 2020. Here’s is everything you need to know about Nicki Minaj’s husband Kenneth Petty/

There is very limited to no information when it comes to his family and early life. He’s a school dropout and had spent the majority of his early life behind the bars. He has always kept the personal aspect of his life away from the spotlight and thus, there are no details about his parents, siblings, and education.

Kenneth Petty married his teenage sweetheart and rapper Nicki Minaj on October 21, 2019. They have known each other for a very long time and they have even been involved romantically since she was 16 years old. Kenneth and Nicki rekindled their relationship in 20018 and after dating for over a year, they finally got hitched. The pair welcomed their first child, a son, Jeremiah Maraj-Petty on September 30, 2020.

He is most famously known for his relationship with rapper Nicki Minaj.

Having appeared in some of Nick Minaj’s music videos and made several public appearances with her at red carpet events and other events.

Known for his criminal charges.

Nicki is a star in her own right, she has over $100 million as her net worth. According to several reports, Kenneth Petty has an impressive net worth that sits somewhere between $500 thousand and $1 million.

He went to school as a kid but later dropped out and didn’t complete his education.

He has been to jail several times. In 1995, he was convicted of attempted rape of an a16-year old girl and served four years in a New York state prison. As a result, he is a registered sexual offender.

Back in 2006, he was arrested again, this time for murdering a man in 2002. He pleaded guilty and was sentenced to 16 years jail time but he ended up serving only seven years in jail.

Kenneth has appeared in Minaj’s videos for songs such as “Megatron” and “Hot Girl Summer.”