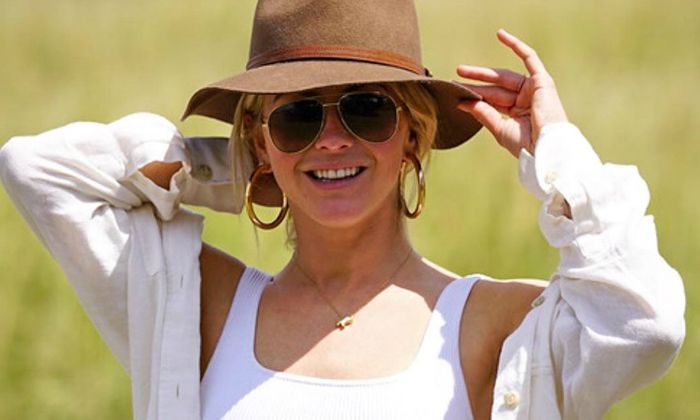 Julianne Hough is a prominent figure in the American television industry who shot to fame for her stunning looks and dazzling dance moves. As an accomplished hoofer, Hough has won the dance reality show, Dancing with the Stars twice and went on to judge the show in 2014.

She is one of the established choreographers in the industry and proved her mettle as an actress with her outstanding performance in both acting and dancing in the 2011 film remake of Footloose. She won the Primetime Emmy Award for Outstanding Choreography in 2015. Not only has she gained fame as a dancer, but Hough has also released an award-winning album that reached #1 on the Billboard Country charts. Her impressive career landed her on the reality TV series America’s Got Talent as a judge in 2019.

Julianne Hough was born on the 20th of July 1988, in Orem, Utah, United States of America. She is currently 33 years old.

Julianne Hough is the youngest of five children to Marianne and Bruce Hough. Her father served twice as the chairman of the Utah Republican Party. She has three older sisters, Sharee, Marabeth, and Katherine, and one older brother, Derek Hough, who is also a professional dancer.

She comes from a family of dancers. Both maternal and paternal grandparents were dancers. Julianne is also a second cousin of musicians Riker, Rydel, Rocky, and Ross Lynch from R5.

She got her initial training in dance from Orem’s Center Stage Performing Arts Studio and entered competitive dancing at age nine. She along with her brother moved to London where they trained at the Italia Conti Academy of Theatre Arts. She was trained in various forms of dance including jazz, ballet, and tap.

Hough, at 15, returned to the US and received education from the Las Vegas Academy and Alta High School.

Julianne Hough has been in a relationship with Canadian ice hockey player Brooks Laich since 2013. The duo got engaged in August 2015 and they were married on July 8, 2017. The pair separated in 2020, followed by a divorce in late 2020.

Prior to her marriage, she dated dancer Mark Ballas from 2002 to 2004, who is her coach’s son at the Italia Conti Academy of Theatre Arts. She then dated dancer Zach Wilson from 2005 to 2007, country singer Chuck Wicks from August 2008 to November 2009, and American talk show host Ryan Seacrest from April 2010 to March 2013.

Julianne Hough released her self-titled debut studio album on 20 May 2008 on Mercury Nashville which debuted at number one on the Top Country Albums chart. The album debuted at no. 3 on the US Billboard 200.

She dropped her first EP titled “Sounds of the Season: The Julianne Hough Holiday Collection” on 12 October 2008. It made it to #2 on the Top Country Albums chart.

Hough made her acting debut as Hogwarts schoolgirl in the 2001 fantasy movie “Harry Potter and the Sorcerer’s Stone”. Her role is an uncredited extra.

Julianne Hough made her television debut as herself in the ABC game show “Show Me the Money”.

Julianne is best known for her stint in the ABC dance reality show, Dancing with the Stars. She is a two-time winner of the show and won the Primetime Emmy Award for Outstanding Choreography in 2015 along with her brother Derek Hough and Tessandra Chavez.

She is also known for her appearance in the leading role as Ariel Moore in the 2011 remake of ‘Footloose’, opposite Kenny Wormald.

As of 2023, Julianne Hough’s net worth is estimated to be $10 million. She accumulated her incredible net worth from her career choices as a dancer, film and television appearances, and product endorsements. With her increasing popularity in the industry, her net worth is likely to climb up in the years to come.

At age 12, she made her own group “2B1G” with her brother Derek and one other guy.

Hough became the youngest dancer, and only American, to win both Junior World Latin Champion and International Latin Youth Champion at the Blackpool Dance Festival.

She played the character of Sandy Young for Fox’s live television presentation of the musical Grease on January 31, 2016.

In 2019, Hough joined the NBC competition series America’s Got Talent as a judge.

Her favorite perfume is Gucci Flora by Gucci.