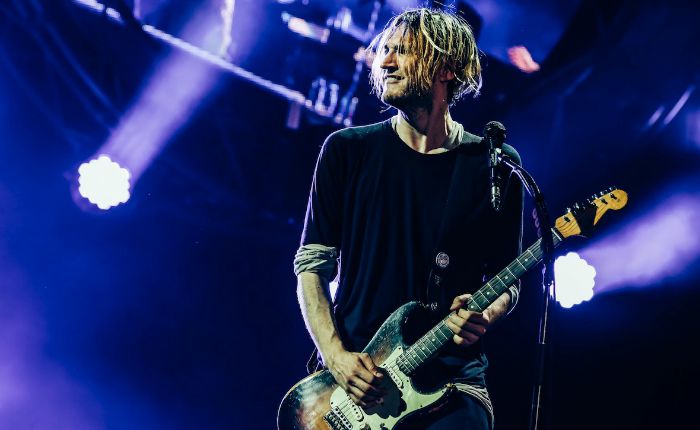 Who is Josh Klinghoffer?

Josh Klinghoffer is an American multi-instrumentalist who gained fame as a guitarist with the rock band Red Hot Chili Peppers. At age 32, Klinghoffer became the youngest musician ever inducted into the Rock and Roll Hall of Fame in 2012. He has recorded two studio albums, I’m with You (2011) and The Getaway (2016), with the band Red Hot Chili Peppers. He is also a former member of the alternative rock band, The Bicycle Thief and Dot Hacker. Klinghoffer has collaborated with artists such as including PJ Harvey, Beck, the Butthole Surfers, Vincent Gallo, Sparks, and Golden Shoulders.

At age 15, Klinghoffer dropped out of formal education and started pursuing performing and recording music in Los Angeles.

Josh Klinghoffer is possibly single or there is not much-known information about his love life. He was in a relationship with singer PJ Harvey in 2004 for over a year.

As a member of the American alternative rock band The Bicycle Thief, Josh released his first studio album “You Come and Go Like a Pop Song” in 1999.

In 2011, he dropped his first album “I’m with You” along with the band Red Hot Chili Peppers.

Josh appeared as himself in the feature film “Song to Song” in 2017.

In 2011, he appeared on The Jonathan Ross Show as himself.

Being a member of the most popular rock band Red Hot Chili Peppers.

Josh Klinghoffer has accumulated a net worth of $10 million dollars through his music career.

Josh is a self-taught musician. He learned how to play guitar and keyboard player on his own and took drums class when he was young.

After dropping out of school at the age of 15 years old, he started recording music for the band The Bicycle Thief.

During this time, he became friends with the then-Red Hot Chili Peppers guitarist, John Frusciante and they started writing songs together.

He toured with Gnarls Barkley from 2006-2008 during which he worked with the band’s second album, The Odd Couple, which was released in 2008.

Klinghoffer founded his own band, Dot Hacker, in 2008, along with the former touring musicians for Gnarls Barkley. He serves as a songwriter, singer, rhythm guitarist and pianist.

The band Dot Hacker has released three albums so far, including Inhibition, How’s Your Process and N°3.

In 2007, Klinghoffer played with Red Hot Chili Peppers in the final few legs of their Stadium Arcadium tour and later joined them in 2009 in the studio.

At 32, Klinghoffer is the youngest artist ever inducted into the Rock and Roll Hall of Fame as a member of the Red Hot Chili Peppers, surpassing Stevie Wonder, who was 38 when he was inducted.