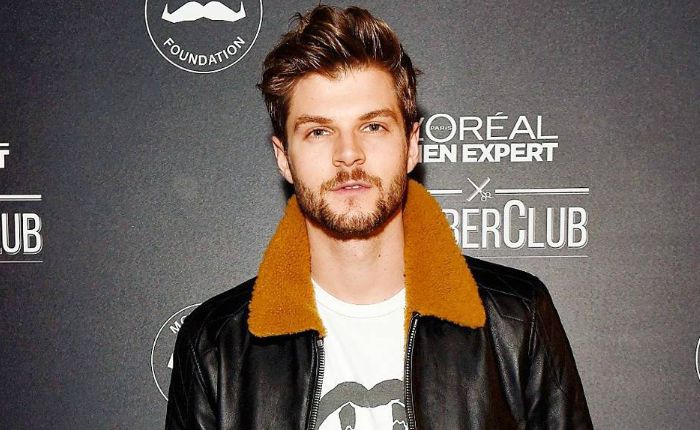 Jim Chapman is an English YouTuber, Vlogger, Blogger, Model, and Writer, who is best known for men’s fashion vlogs. He makes videos ranging from fashion advice to cooking to recent trends. It’s no wonder that fashion runs in his veins who is ready to give advice on it and if you take a tour of his YouTube vlog you’ll get to know what I mean. Jim released his first book 147 Things on 5 October 2017.

Jim Chapman was born on the 28th of December 1987, in Norwich, England. He’s currently 34 years old.

Jim Chapman is the son of John and Judy Chapman. He has three siblings, one twin brother, John Chapman, and two older sisters, Samantha and Nicola Chapman Haste. All of them are YouTube personalities. His stepfather, Brian, died of cancer on February 22, 2017.

After high school, Jim enrolled at the University of East Anglia, where he earned a Bachelor of Science in Psychology. He, then, enrolled in the master’s degree but dropped out to pursue a full-time online career.

Jim Chapman started dating fellow YouTuber Tanya Burr in December 2006. They got engaged in December 2012 in New York and married on 3 September 2015. On 12 March 2019, Chapman announced on Instagram that they have parted ways.

He then started a romantic relationship with model Sarah Tarleton in 2019. The duo got engaged in July 2020 and they welcomed their first child, daughter, Margot Grace Alba Chapman, on 5 September 2021.

Jim created his self-titled YouTube channel in 2009 after his girlfriend Tanya, who was already vlogging, insisted on creating one for him. He posts fashion, cooking, Q&A and personal videos.

He has associated with other YouTubers including Marcus Butler, Alfie Deyes, Louise Pentland, Grace Helbig, Tyler Oakley, Zoe Sugg, Joe Sugg, Louis Cole, Caspar Lee, and many others. in his videos as well as in their videos. His YouTube channel has over 2.4 million subscribers as of January 2018.

Jim’s net worth is estimated at $2 million US dollars as of 2023. He has worked with different brands on their promotional campaigns. He lives with his wife in Bramerton, London. He owns a Jaguar F-Type R.

In 2013, Jim Chapman was named as one of the National Citizen Service’s ambassadors, helping to promote the newly launched youth service.

Jim was named the 17th “Best Dressed Man in Britain” of 2015 by GQ magazine, he is also now a contributing editor and writes a column for GQ every month.

He has recently been the face of Hugo Boss watches in their latest campaign.

He has a Dachshund, named Martha.

Jim does sketching in his free time.