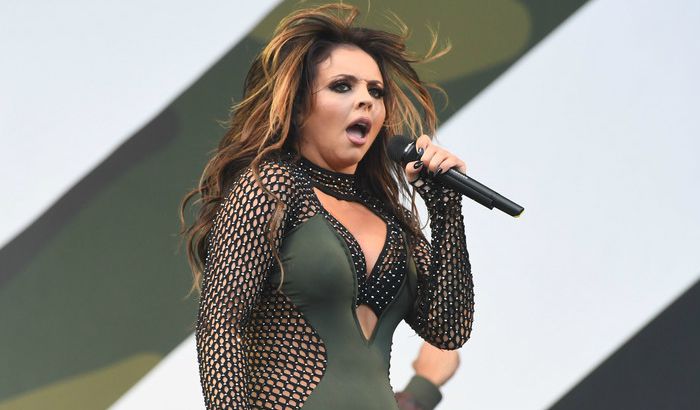 The English singer Jesy Nelson came into the limelight when she appeared on the eighth season of “The X Factor”, and eventually formed an all-girl band called “Little Mix” along with Perrie Edwards, Leigh-Anne Pinnock, and Jade Thirlwall. After winning the competition, the band came out with many chart-topping albums one after another.

The band has released several albums over the years and as a member of the band, Jesy has contributed immensely to the band. Being a victim of bullying since her school days for tad overweight, she even faced body-shaming during the show, however, she knocked off them with her powerful voice and chart-busting numbers.

Jesy Nelson is the daughter of Janice White and John Nelson. She has three siblings, Jade, Joseph, and Jonathan Nelson.

Due to bullying, she had to switch to different schools and graduated from Jo Richardson Community School in Dagenham. She also attended Arts College and Abbs Cross Academy. She, then, enrolled at the Sylvia Young and Yvonne Rhodes theatre school, from where she studied theatre.

She dated musician Harry James for over 16 months, ending in November 2018. Post her break up with Harry, she began a relationship with Love Island contestant Chris Hughes in January 2019. The couple called it quits the next year shortly after their first year anniversary. she’s now in a relationship with actor Sean Sagar.

Jesy dated Rixton lead singer, Jake Roche with whom she got engaged on July 19, 2015. However, their relationship didn’t long last and ended in November 2016.

Previously, she was in a relationship with English singer George Shelley in 2013 and English dancer, Jordan Banjo from 2012 to 2014.

The girl band dropped their first album called “DNA” on November 19, 2012. The album consists of 12 tracks with a total length of 43:56 minutes. The band has so far released four studio albums, eighteen singles, and nineteen music videos.

In 2011, Jesy first appeared as a contestant in the singing competition The X Factor.

She is a fan of Jeremy Kyle, English radio and TV presenter.

She is the senior member of the girl band.

Before participating on The X Factor, she worked as a bartender at a local bar in Essex.

In 2014, she won an award in the category of ‘Best Three New Artists’ and ‘New Artist of the Year’ at the Japan Gold Disc Awards.

She left Little Mix in December 2020 citing her mental health.

In May 2021, she signed a record deal with Polydor Records.