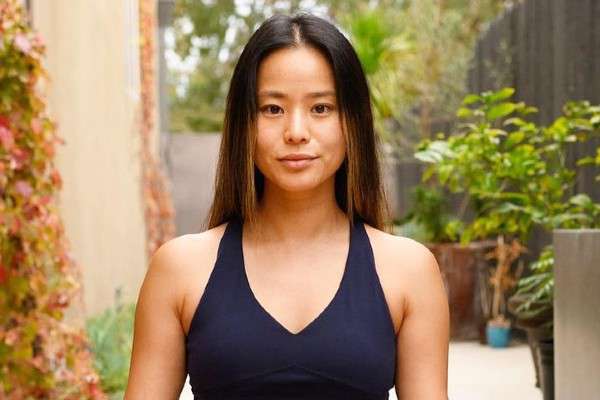 Jamie Chung is an American reality television personality turned actress. She is most widely known for the roles she played in television shows such as Once Upon a Time and The Gifted, among others. She has enjoyed a massive amount of success in Hollywood ever since she broke onto the scene in 2004 with the MTV reality series The Real World: San Diego.

The actress has since landed major roles, playing the lead role in the independent drama film Eden, was the voice of Go Go Tomago in the animated series Big Hero 6: The Series, and had supporting roles in films such as Dragonball Evolution, Grown Ups, Premium Rush, Sorority Row, The Hangover Part II, Sucker Punch, and Dangerous Lies. As of 2023, Jamie Chung has a reported net worth of $5 million dollars.

Jamie Chung was born on 10th April 1983, under the sign Aries, in San Francisco, California, the United States to Korean parents. As of 2023, Chung is 39 years old. Find out what famous celebrities share the same birthday as Chung.

Jamie Chung was raised by her Korean parents in San Francisco who immigrated to the United States in 1980 and they run a hamburger restaurant.

The young beautiful actress attended Lowell High School in San Francisco, California, graduating in the year 2001. She then earned her B.A. degree in Economics from the University of California in 2005. During her time at college, she was a member of the Kappa Kappa Gamma sorority.

Jamie Chung began her career in 2044 when she appeared in the 14th season of MTV’s long-running reality TV show The Real World: San Diego. Shortly after that, she made her way on its spin-off show, Real World/Road Rules Challenge: The Inferno II.

With the newfound fame, she branched out to acting and made her first television appearance in a 2006 episode of the popular mystery drama series, Veronica Mars. From there, she went on to appear in a number of TV shows and later transitioned into films, starring in such movies as Dragonball Evolution, Grown Ups, The Hangover Part II & Part III,

Jamie’s big break came in 2012 when she landed a role in the ABC fantasy television series Once Upon a Time as Mulan and continued her success with TV shows like Big Hero 6: The Series, and The Gifted, among others.

From 2020, Chung has been cast in the recurring role of Ji-Ah, a young nurse living in the city of Daegu during the Korean War, on the HBO series Lovecraft Country.

Chung’s various professional endeavors have helped her gain a net worth of $5 million, according to Wealthy Persons. She has accumulated this whopping amount of wealth through her successful career as an actress and thanks to high-profile projects like Once Upon a Time, Eden, Big Hero 6: The Series, and Lovecraft Country.

Јаmіе began dating асtоr and musician Bryan Greenberg in 2012. Bryan proposed to Chung by singing a song he wrote and they got engaged on December 27, 2013. By 2015, they got married in October at the El Capitan Canyon resort in Santa Barbara, California. They have two children.

Jamie Chung has won several awards including the Female Stars of Tomorrow Award and the Golden Space Needle Award for Best Actress for Eden.

Besides acting, she is also a passionate blogger and owns a fashion blog called What the Chung?

She is trained in Taekwondo.

In 2020, She joined the cast of Lovecraft Country, playing the role of Ji-Ah.