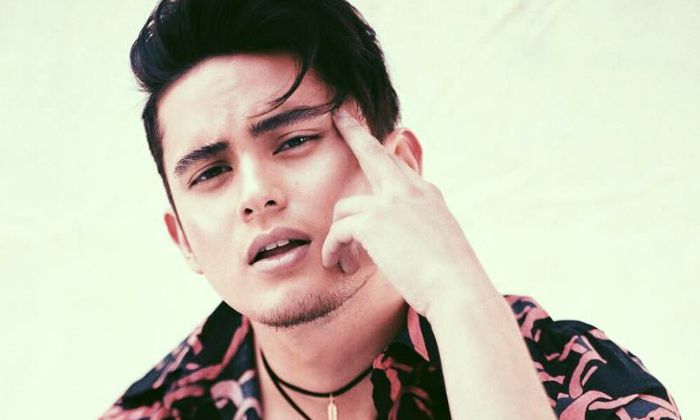 Who is James Reid?

Hailing from Sydney, Australia, James Reid is a multifaceted artist, who is better known as an actor and singer. He caught the spotlight after winning the Pinoy Big Brother: Teen Clash 2010 and then went on to act in films and television series. His biggest breakthrough came in the year 2014 when she was cast in the role of Cross Sandford in the film Diary ng Panget. Besides that, he has appeared in the Philippine TV series such as Good Vibes (2011), On the Wings of Love (2015–16), and Till I Met You (2016–17).

James Reid is the son of Robert Malcolm Reid, an Australian and Marcela Calicdan, who is a Filipino. He has seven siblings: four brothers and three sisters. He’s of Australian, Scottish and English descent on his father’s side while he’s a Filipino on his mother’s side.

His parents divorced when he was only two years old and lived in Australia with his father. At 15 years old, he and his father moved to the Philippines due to financial constraints.

Speaking about James’s romantic life, he was in a relationship with his longtime girlfriend and actress Nadine Lustre. Nadine is a Filipino actress known best for having appeared in Diary ng Panget, On the Wings of Love and the romantic comedy Till I Met You.

James Reid was just 17 years old when he entered the show business with Pinoy Big Brother: Teen Clash 2010, the Philippine version of the reality show Big Brother. He won the reality show at the end of the day which eventually led to a career as an actor and singer.

As an actor, he guested on an episode of the Philippine drama series Maynila in 2011.

That same year, James made his acting debut as Paul Ruiz in the short film, On Thin Ice.

Three years later in 2014, he got his first major role as Cross Sandford in the rom-com, Diary ng Panget. Directed by Andoy Ranay, the film is based on the best-selling novel of the same name by Denny R that had Nadine Lustre, Yassi Pressman, and Andre Paras starring in the leading roles.

James Reid released his eponymous debut studio album on September 4, 2013, on Viva Records. His second and third albums, Reid Alert and Palm Dreams, were released in February 2015 and July 2017, respectively.

Through all his accomplishments as an actor and singer, James Reid has accumulated a net worth of $2 million, as of 2020. Besides acting and singing, he is also a celebrity endorser having been the face of several brands.

James Reid is one of the most followed celebrities on social media in the Philippines. He can be found on Instagram @james, where he’s got over 6 million followers. James’s official Facebook page has managed to pull over 2.8 million followers. He also has a YouTube channel, which has over 87,000 people subscribed to it.

He got interested in music at a very young age. As a matter of fact, his mother was a small-time singer that mighty have influenced him in his early years.

James cites Chris Brown as the biggest musical influence in his early years.

In 2012, he signed with Viva Artists Agency. His father is his manager now and takes care of all his managerial activities.

He is an occasional co-host of the television shows, ASAP and It’s Showtime.

James was supposed to star in the superhero film in late 2018, which was based on the Filipino comic book character ‘Pedro Penduko’ but dropped out of the project after sustaining a spinal injury.