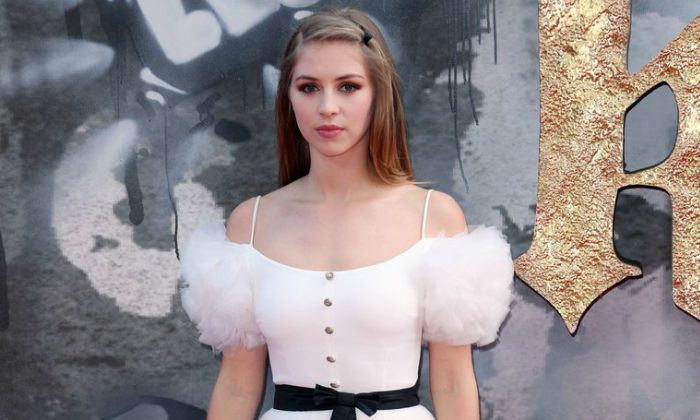 Hermione Corfield was born on the 19th December 1993, in London, England, United Kingdom. She is currently 28 years old.

Hermione Corfield was born to English parents, Richard Conyngham Corfield, of the Corfield family of Chatwall Hall, Shropshire, and Jermyn Street shirt designer Emma Willis. Her parents got married on 3 February 1989 in Westminster, London. Her father was also an author of some best-selling books and was a former Managing director of Lloyd Broking Firm.

On the other hand, her mother, Emma, is an of Slade School of Art, who launched a men’s luxury clothing shop in Jermyn Street on the corner of St James’ in 1999. In 2010, she opened a garment factory that specializes in making men’s luxury shirts in Gloucester, a city in the west of England. She has a sister named Isadora Corfield and a brother named Kai Corfield.

Hermione Corfield was educated at the Downe House School in Cold Ash, a village near Newbury, Berkshire. She then attended University College London where she studied English literature.

Inclined towards acting, she took method acting training at the famous Lee Strasberg Theatre and Film Institute in New York.

Talking about her relationship status, Hermione refrains herself from sharing anything related to her love life or past relationships with the media. Thus, there’s nothing known about her private life, however, she was linked up with musician Andreas Shaw for many years. They both were spotted hanging out together several times, in particular, the two were seen enjoying each other’s company in Hochfugen, Austria. It was reported that the couple even shares a studio apartment in East London. Neither of them has accepted not refuted the claim.

In 2016 Hermione appeared as Cassie Watkins in an episode of the detective drama TV series, Endeavour.

The year 2016 had a significant impact on Corfield’s acting career. It was during this time she attained popularity and fame for her roles in such movies as Pride and Prejudice and Zombies and Fallen. She earned praise and appreciation for her performance in both films.

Hermione starred alongside Penelope Cruz in an ad campaign for Schweppes.

Throughout her acting career, Hermione Corfield has experimented with different genres of films, from action to drama and mystery thrillers. As a rising actress in the industry, Hermione’s estimated net worth stands at $1 million. She lives in London, England, United Kingdom.

Hermione started her career as a model at the age of 15 and modeled for brands such as Pocket Sport and eyewear brand William Morris London.

According to her, she did modeling while still in school which helped her to earn money for her acting course at the Lee Strasberg Theatre & Film Institute.

In addition to modeling, she also worked at her mother’s shop during school holidays.

She performed in some popular plays in school. At one point, she decided that acting is her cup of coffee and studied method acting to hone her acting skills.

Corfield starred in an independent drama film, Rust Creek, in 2019, which earned her acclaim from critics for her performances in the film.