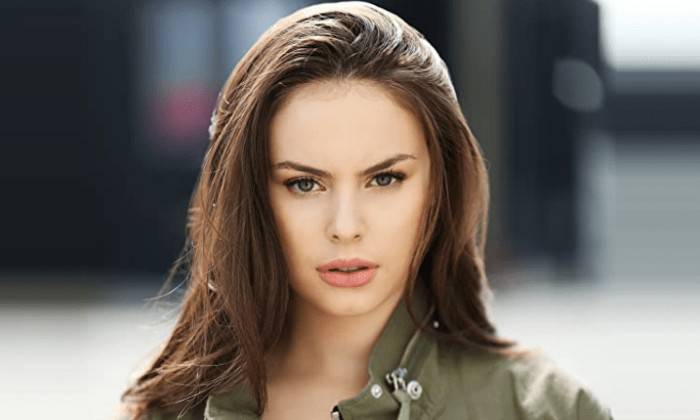 Born and bred in Vancouver, British Columbia, Grace Beedie has been creating a lot of buzz after she landed her major role in the Netflix sports drama, Zero Chill. On the show, she plays Kayla MacBentley, a young and aspiring figure skater, who is forced to put her dreams on hold when her family follows her twin brother, Mac, to a prestigious hockey academy.

Before booking Zero Chill, Grace’s acting career started with a small part in a 2020 episode of Freedom’s supernatural drama series, Motherland: Fort Salem. She also appeared in some television films like Five Star Christmas and Time Capsule Romance. With her star on the rise, Grace will definitely make it big in the entertainment industry.

Very little is known about Grace’s life prior to her rise to fame as an actress. There are no details regarding her family, childhood, and education.

Grace Beedie has already made a name for herself in the industry that she dreamed of from her young age. She made her big debut with Motherland: Fort Salem, where she appeared alongside Taylor Hickson in an episode in 2020.

Her appearance in the series led to several other roles in major projects, especially television movies Five Star Christmas and Time Capsule Romance.

She became a breakout star after her breakthrough role in the Netflix sports drama, Zero Chill. In the chilling drama, Grace has been cast as Kayla MacBentley, an ambitious and talented teen figure skater, who is forced to leave everything behind when her family follows her twin brother, Mac, to a prestigious hockey academy. The show which is set to premiere on March 15, has an ensemble cast of newcomers, including Grace herself, Dakota Benjamin Taylor, Jade Ma, and Jeremias Amoore.

Not much is known about her net worth right now, given the fact that she has just entered the world of acting, Of course, with all of these big roles, there comes a heft paycheck. There’s no doubt in it.