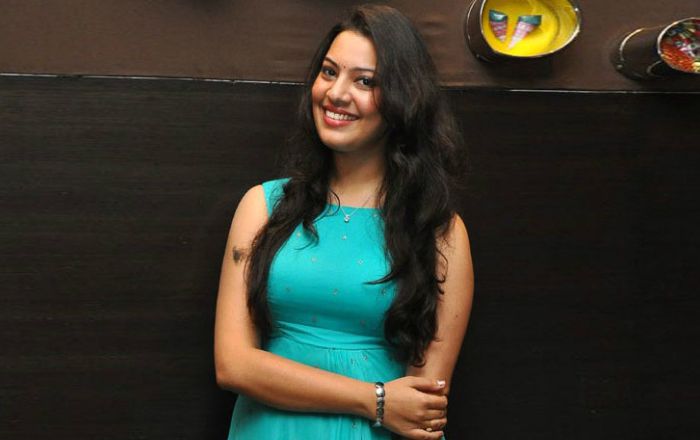 Playback singer and dubbing artist who gained popularity with the song “Ninne Ninne,” from the movie Nachavule (2008). She won a Nandi Award for Best Female Playback Singer for the song. Geetha Madhuri has won several awards including two Filmfare Awards for her contribution to South Indian Film Industry.

She’s dubbed as Shreya Ghosal of South by her fans and people in the entertainment industry. She has recorded songs in over 50 Telugu movies apart from regional languages like Tamil, and Kannada. In addition to film songs, she has also issued devotional songs and non-album songs.

Geetha Madhuri is the only child of Prabhakar Sastry Sonti, an SBH official, and his wife Lakshmi. She spent a significant part of her childhood in Palakollu, West Godavari District before the family moved to Hyderabad.

Geetha married actor Ananda Krishna Nandu on 9 February 2014 at Nagole, Nandu. The couple welcomed their first child, a girl named Daakshaayani Prakruthi on August 9, 2019. She has an Instagram page with followers of more than 22 thousand users and it is managed by her parents.

As a playback singer, Geetha made her debut with Kulasekhar’s film Premalekha Rasa. Her first number was Bakka Sikkina, a folk genre.

Geetha has participated in the singing competition SYE singers challenge that aired on the ETV Telugu channel and advanced to the finals of the show.

Best known for her song “Ninne Ninne,” from the movie Nachavule (2008) which earned her a Nandi Award for Best Female Playback Singer.

In 2018, she participated in the second season of Bigg Boss Telugu, hosted by actor Nani and subsequently finished first runner-up of the show.

Despite the fact that she has not revealed her net worth to the public, it is safe that she has made a huge net worth for herself from her singing career. She is a star in her own right. In the past few years, her wealth has grown significantly.

She received training in Classical and Light music from Kocharlakota Padmavati and Ramachari when she was young and subsequently participated in several singing competitions.

She was introduced to Telugu cinema by Mani Sharma and Ramachari Garu who offered her to sing a track in the film Premalekha Rasa.

Besides singing, she used to host television shows and corporate events. She also dubs for movies

She has recorded over 550 songs for films and albums across Telugu, Tamil, Kannada, and Malayalam languages.

Madhuri has done numerous stage shows in India as well as overseas including Singapore, Dubai, London, and the USA.