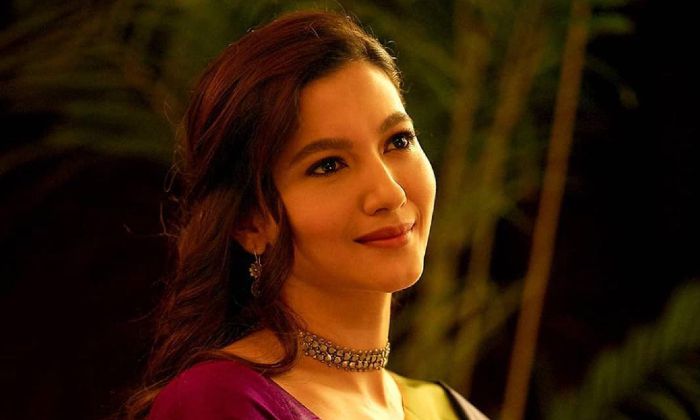 Aside from her successful acting career, Gauahar has been a prominent face on the small screen, having appeared on various TV shows like Jhalak Dikhhla Jaa 3, Fear Factor: Khatron Ke Khiladi 5, India’s Raw Star, and I Can Do That. In 2019, she played Riya Pahwa in the Indian adaptation of the TV show The Office. Most recently, she’s attracted a lot of attention for her appearance in the controversial web series called Tandav on Amazon Prime, where she played her part as Maithili Sharan.

Gauahar Khan was born on the 23rd of August 1983, in Pune, Maharashtra, India. She is currently 38 years old.

For her education, she attended and graduated from Mount Carmel Convent School, Pune. After completing her school education, she enrolled at the Ness Wadia College of Commerce, Pune, from where she majored in Commerce.

Gauahar Khan married fellow actor Zaid Darbar on December 25, 2020, after getting engaged to him the previous month. Zaid, the son of popular music composer Ismail Darbar, is five years younger than her.

She previously dated Kushal Tandon, actor, and her co-contestant on Bigg Boss Season 7. They had gone public with their romance during their stint on the show and no matter how close they were, the duo ended their relationship after exiting from the show.

She dated businessman Sahil Peerzada from 2011 to 2013 before briefly dating actor Nihar Pandya. She was also engaged to producer and director Sajid Khan, which was called off shortly thereafter.

In 2009, Gauahar Khan competed in season 3 of the celebrity dance show, Jhalak Dikhhla Jaa where she finished as the first runner-up.

Gauahar’s big-screen debut came in 2004 in the form of a guest appearance for the song “Nasha” in the action thriller movie, Aan: Men at Work.

Since the very beginning of her career, Gauahar Khan has basically done it all the decades in the spotlight. Her appearance in the reality show, Bigg Boss has brought in her so much attention that cemented a place for herself in show business. Since then she has continued to make headlines for her contributions to the industry.

Her claim to fame includes appearances in TV shows like Jhalak Dikhhla Jaa 3, Fear Factor: Khatron Ke Khiladi 5, India’s Raw Star, and I Can Do That, and films Game, Ishaqzaade, Badrinath Ki Dulhania, and Begum Jaan.

Unfortunately, there isn’t too much information about Gauahar Khan’s net worth as of yet, but going by some reports, $1 million dollars is what is said to be her net worth.

She has modeled for top designers in the industry like Manish Malhotra, Ritu Kumar, Payal Jain and Neeta Lulla as well as appeared in various television commercials for brands such as Ford Ikon, Bajaj Auto, Opel Car and Tanishq jewelry.

She appeared in the Bombay Vikings music video for the song “Hawa Mein Udati Jaaye” in August 2016.

In 2021, Gauahar starred in Amazon’s original web series Tandav where she played the role of Maithili Sharan.