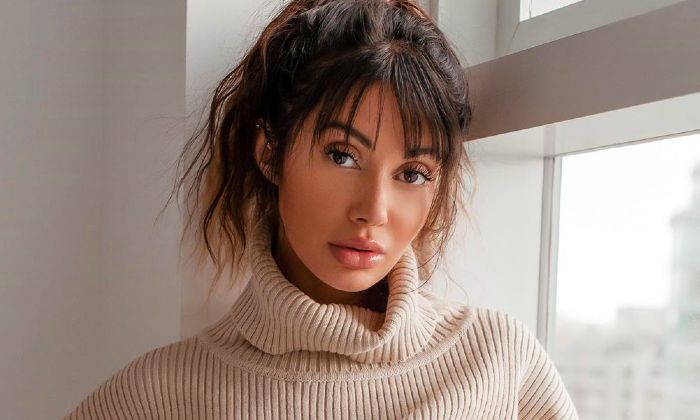 Francesca Farago is a Canadian reality TV star and social media influencer, who caught the spotlight for her appearance on Netflix’s new sensational dating show, Too Hot to Handle. Farago’s Instagram followers count quickly inflated to 6 million followers, thanks to the popularity of the show. She owns an online merchandise store that sells comfortable hoodies, t-shirts, and sweat pants, designed by her. In 2020, she launched her own swimwear line called Farago The Label, featuring a biodegradable and recyclable swimwear collection.

Francesca Farago was born on the 19th of November 1993, in Vancouver, British Columbia, Canada. She is currently 30 years old.

There is very little information available regarding Francesca’s family, education, and early life. She is the daughter of Grant Webb, a restaurateur, and Lucy Farago, a fitness instructor. She has one younger sister.

Other than that, not much is known about her personal life. She attended Carleton University after graduating from high school.

Francesca Farago started dating Harry Jowsey, a fellow contestant on Netflix’s dating show, Too Hot To Handle in 2020. She recently confirmed their romantic relationship by sharing a picture of them being together with the caption: “Always been you.” Harry shared a video on his Instagram that not only confirmed that they have been together but that they have even got matching finger tattoos to prove their love for one another. They broke up in 2021.

Previously, she was in a relationship with DJ Diplo. She has even got a tattoo of her ex-boyfriend inside her mouth.

In 2020, Francesca Farago debuted with Netflix’s “Too Hot to Handle,” a dating game where a handful of singletons head to a villa to look for love, but the catch is they aren’t allowed to kiss or have sex. If they break the rules, they risk slashing the $100,000 prize money.

As an influencer, she is very active on social media, especially on the photo-sharing app, Instagram. Her Instagram page, which only had a few thousand followers before her appearance on Netflix’s Too Hot To Handle, has already amassed 2.7 million followers within a week of its premiere. She currently has 6 million followers.

Her mother is an author who authored the book titled “Sin on the Strip”.

Francesca has a Pomeranian named Romeo Jonathan Webb aka Romii and it has a dedicated Instagram page as well.

She is a travel influencer and has embarked on a number of luxury trips as a part of her work.

Francesca and Chloe Veitch competed on Too Hot to Handle in 2020.