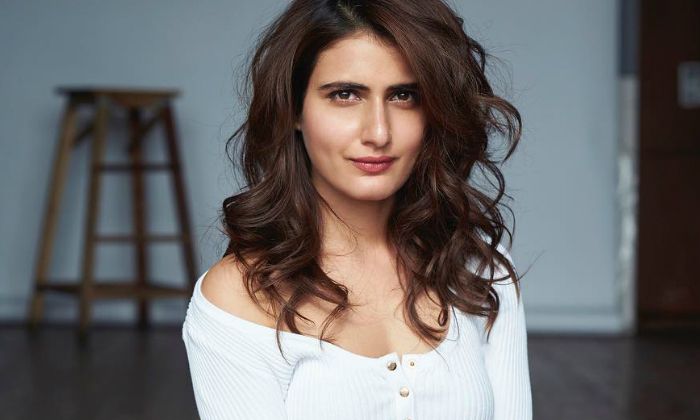 Fatima Sana Shaikh is an Indian actress and model who gained immense fame and popularity with her stellar performance as Geeta Phogat in the sports biographical film, Dangal. She launched her professional acting career at a very young age, playing Bharti Ratan, the daughter of Kamal Haasan and Tabu’s characters in the 1997 hit film Chachi 420. Her other acting credits include Bade Dilwala, Bittoo Boss, Thugs of Hindostan and Ladies Special.

Fatima Sana Shaikh was born on the 11th of January 1992, in Mumbai, Maharashtra, India. She is currently 31 years old.

Fatima is the daughter of Vipan Sharma, a Dogra Brahmin from Jammu, and Raj Tabassum, a Sunni Muslim from Srinagar. Her paternal uncle, Rocky Sharma, is an actor and businessman.

She was educated at St. Xavier High School in Mumbai for her primary education and later enrolled at Mithibai College, Mumbai for higher education.

Fatima Sana Shaikh is the kind of a person who rarely opens up about her personal life and thus we could hardly find any information related to her present or past relationships.

Fatima Sana Shaikh made her feature film debut as a child actress with the 1997 comedy-drama film Ishq, in which she played a minor role.

In 2009, Fatima landed a role in the Indian daily sitcom, Agle Janam Mohe Bitiya Hi Kijo, where she portrayed the character of Suman, an antagonist, on series.

Even though she has been in the acting scene since the late 90s, her portrayal of Geeta Phogat in Aamir Khan’s “Dangal” earned her a stardom status and brought her massive fame. Directed by Nitesh Tiwari, she played the real-life character of Geeta Phogat in the biographical sports drama film, which chronicled the life of Mahavir Singh Phogat (played by Aamir khan himself), an amateur wrestler, who trains his daughters Geeta Phogat and Babita Kumari to become India’s first world-class female wrestlers. The film was successful in terms of both revenue and critical acclaim, becoming t highest-grossing non-English film ever, and the highest-grossing sports film worldwide.

She was seen in TV commercials like Vivel Glycerin and Myntra.

She got her start as a child actress with supporting roles in Hindi films like Chachi 420 and One 2 Ka 4.

Fatima Sana Shaikh went on a sabbatical to focus on her studies. After graduating from college, she returned to acting but with no success.

She gave several auditions but failed to grab any significant roles in movies. She went jobless for three years.

Literally, she gave up and shifted her focus toward photography and worked as a cinematographer for ads.

Everything changed when she got finally selected for the role of Geeta Phogat in the sports drama film Dangal (2016), after six rounds of auditions and screen testing.

She underwent rigorous training in wrestling for months to prepare herself for the role. She even broke her ankle during a practice session. Her hard work paid off well.

In 2017, she was nominated for her Screen Awards in the “Best Actor – Female (Popular)” category for her role in Dangal.

She was recently seen in movies like Ludo, Suraj Pe Mangal Bhari, Ajeeb Daastaans, and Thar.