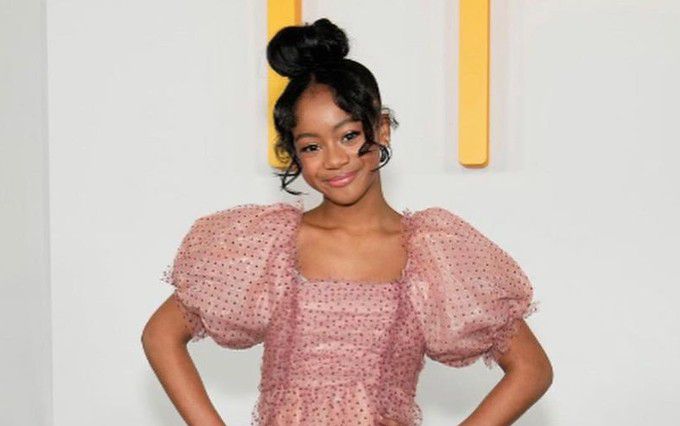 An American actress and child star, Faithe C. Herman who shot to fame and became well known as a child star for her appearance as Annie Pearson in NBC’s Emmy Award-winning drama series This is Us (2016-2020). She received much appreciation for her performance as Darla Dudley in “Shazam’ as well as reprised her role in its sequel titled ‘Shazam! Fury of the Gods’. Her filmography and television show includes Criminal Minds(2016), Watchmen (2019), Bodied(2017), Doe(2018), and The flourish short(2019).

She is the youngest child of five in her family. At the age of 4, with encouragement from her mom, she started to work in the entertainment industry in background work for Kids Management.

Given the fact that Herman is barely 14-years-old, it’s highly unlikely that she’s entered the world of dating. Also, there are no credible sources to confirm that she’s in a relationship on any of her social media profiles.

The young budding actress made heads turn with her stunning performance in the TV series NBC series This Is Us as Annie Pearson. She shared her screen space alongside the likes of actors Milo Ventimiglia, Mandy Moore, Sterling K. Brown, and Chrissy Metz. She gained a significant amount of popularity as well as earned crtiical acclaim for her work in the series. Thanks to the popularity of the series, she made herself a name in showbiz, which lead to other prominent projects like Shazam! and Shazam! Fury of the Gods.

Faithe Herman has achieved an Screen Actors Guild Award two times in the same Category for her Outstanding Performance by an Ensemble in a Drama Series This is Us in 2018 and 2019.

She has been followed by more than 100k followers on Instagram.

She’s trained ballet from an early age as well as took art classes during her free time.

In August 2014, she signed with BMG model and Talent.

In 2019, she Appeared in the Television Series named Watchmen.

Faithe is known to be lefthanded and very shy in Nature.