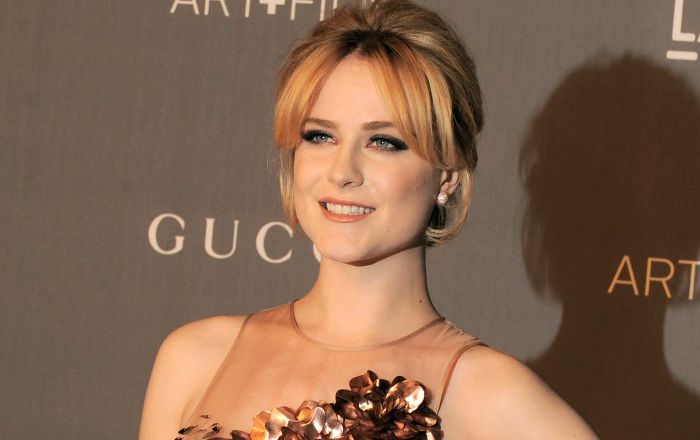 Evan Rachel Wood is an American actress and musician best known for her portrayal of Dolores Abernathy in the HBO series Westworld, for which she received a Golden Globe and Emmy Award nomination. She was cast in many popular TV series like True Blood Doll & Em, Once and Again, Profiler, and American Gothic. She was first recognized for her role as Tracy Louise Freeland in the 2003 film Thirteen, which earned her widespread fame and several accolades. Her film credits include  The Wrestler, Whatever Works, and The Ides of March.

She is currently 31 years old.

She has English, Irish, Scottish, and German ancestry.

Prior to her marriage with Bell, Wood dated musician Marilyn Manson from 2007 until 2010. Their relationship garnered widespread media attention and was largely discussed in the press during this time. There are also engaged. She also dated The L Word actress Katherine Moennig.

In 2009, she had a fling with her True Blood co-star  Alexander Skarsgård.  In January 2017, Wood became engaged to her Rebel and a Basketcase bandmate, Zach Villa and they called off the engagement in September 2017.

Evan Rachel Wood made her big-screen debut in the 1997 film “Digging to China” for her role as Harriet Frankovitz. She was just nine years old when she was cast in the film that won the Children’s Jury Award at the Chicago International Children’s Film Festival.

Wood made her first appearance in the 1994 television film, “In the Best of Families: Marriage, Pride & Madness”, playing Little Susie.

She played Rose Russell in n CBS’s horror series American Gothic from 1995 to 1996.

Her role as Tracy Freeland in the film ‘Thirteen’ for which she earned a Golden Globe and a Screen Actors Guild Award nominations.

In 2016, she served as the face of Gucci’s Guilty fragrance.

As of 2023, Evan Rachel Wood has a net worth of $8 million. She divides her time between Los Angeles and New York.

She earned a black belt in taekwondo at the age of 12 years old.

Wood is a  trained dancer.

She loves to sing, swim, rollerblade, and go horseback riding.

In 2003, Vogue Magazine named her one of the “It Girls of Hollywood.”

The documentary “The Business of Being Born” by Ricki Lake was inspired by her as she gave home birth to her son. She thanked the author publicly for the same.