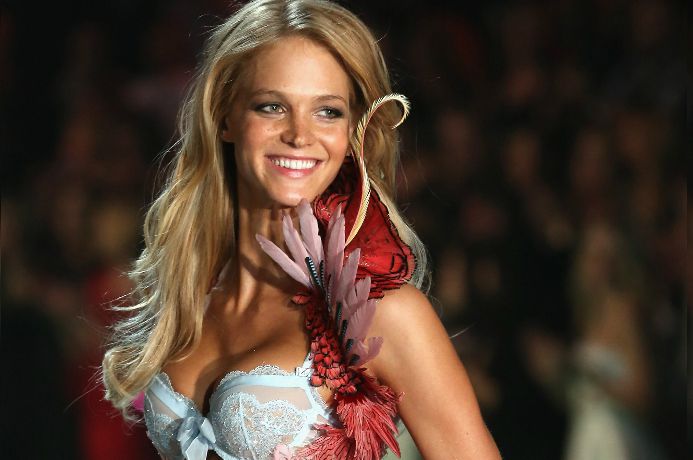 Erin Heatherton is a renowned supermodel who is best known for her work for lingerie retailer Victoria’s Secret. She has walked the ramp for leading international brands such as Chanel, Tommy Hilfiger, Lacoste, Valentino, Oscar de la Renta, Zac Posen, and Dolce & Gabbana, among others. She has graced the covers of Elle, GQ, Vogue, Grazia, others.

Erin is the daughter of Mark Bubley and Laura (née Stein). She has three siblings – Megan Bubley, Jeff Bubley, and Haley Bubley.

Erin Heatherton has been in a relationship with the American-polish businessman Karol Kocemba since 2021. They got engaged on March 2, 2022.

She was in a relationship with American actor Leonardo Dicaprio between December 2011 and October 2012.

Erin Heatherton made her runway debut in September 2006 walking for Diane von Fürstenberg.

Erin Heatherton has a net worth of $7 million dollars.

Heatherton was discovered by a modeling scout Arri Taylor when she was on a vacation on South Beach, Miami where she went with her family on a minivan.

She is the godmother to model Lily Aldridge’s daughter.

Erin has appeared on the covers of various editions of International magazines including GQ, Elle, Vogue, D, Grazia, Velvet, and many others.

She is best friends with fellow model Candice Swanepoel.

She has appeared in films like ‘The League’ and ‘Grown Ups 2’.

Erin graced the cover of Chicago Splash magazine in November 2019 and signed with Select Model Management that same year.