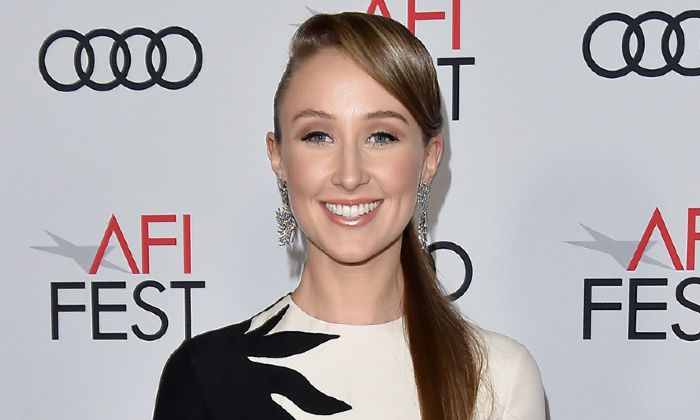 Erin Doherty is an English actress and singer who drew a lot of attention lately for playing Princess Anne, the only daughter of Queen Elizabeth II, in the hit Netflix series The Crown. She’s also well-loved for her roles as Jessie Marsh on Call the Midwife and as Fabienne Les Misérables. She is set to star in the upcoming Netflix film Rebel Ridge, directed by Jeremy Saulnier.

Well, speaking about her family and childhood life, the young beautiful actress is keeping that part of the information to herself. She’s yet to reveal the identities of her parents, however, we have found that Erin, who was born as a middle child to parents of Irish heritage, grew up in West Green, West Sussex alongside her siblings Grace Josephine Doherty and Mathew Doherty.

She attended Hazelwick School in Crawley. After that, she studied acting at the Guildford School of Acting and the Bristol Old Vic Theatre School. During her time there, she won the Stephen Sondheim Society Student Performer of the Year Award in 2015 for her rendition of “Broadway Baby” from the Sondheim musical Follies.

While Erin is completely secret about her private life, fans have speculated her to be in a relationship with the Welsh actress Sophie Melville. Although she hasn’t divulged her sexual preference publicly as of yet, her relationship with her girlfriend Sophie suggests she’d be gay.

If reports are anything to go by, then Erin and Sophie have been dating at least since 2017 after having starred together in the production of The Divide at Edinburgh International Festival. Most recently, they collaborated on stage for a play called Wolfie at south London’s Theatre503.

Erin Doherty has been acting for quite a long time, rather onstage, having appeared in a number of theatre productions such as My Name Is Rachel Corrie, Jack Throne’s Junkyard, Alan Ayckbourn’s The Divide.

She got her mainstream break only in 2017 when she guest-starred in an episode of BBC’s Call The Midwife. In 2018, Erin appeared in the BBC miniseries Les Misérables alongside Lily Collins, David Oyelowo, and Dominic West

What is said to be the most recognizable role in her career so far, came in 2019, in the form of Princess Anne in the award-winning Netflix drama series, The Crown. The role brought in her so much attention that she quickly landed a role in the Netflix film Rebel Ridge, starring John Boyega and Don Johnson.

Even though she only just entered the show business, Erin has already been a part of the most popular series, The Crown, where she appeared in two seasons. The role would have definitely bumped up her wealth at least to some extent.

Unfortunately, there isn’t too much information about Erin’s net worth as of yet, but going by some reports, $500 thousand dollars is what is said to be her net worth.