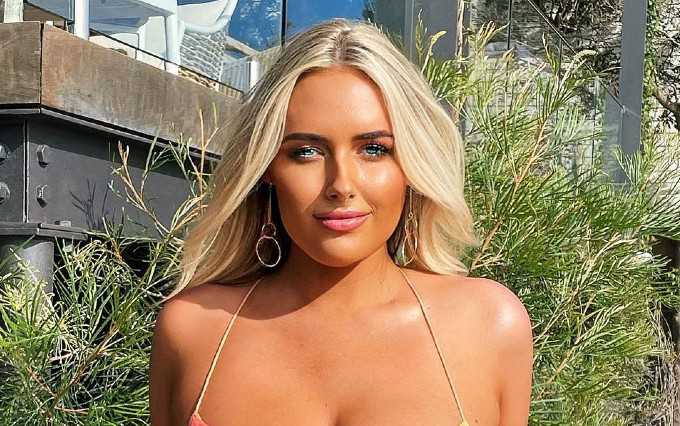 Ellie-Jean Coffey is an Australian professional surfer, model, and softcore actress. She is best recognized for being named one of the top 10 surfers in the QS world rankings in 2015. Ellie-Jean has accomplished a lot and won several accolades and honors during her time as a surfer. She has earned sponsorship deals from brands like Billabong, Von Zipper, and SurfStitch. She became a softcore model lately by joining Onlyfans and then launching her own subscription-based x-rated website. Her main Instagram handle had over 1.1 million followers before it was taken down by Instagram.

The elder of seven siblings, Ellie-Jean Coffey was born to parents Jason Coffey and Kym Coffey, both surfers. Due to their profession, they lived in various places across Australia. She has seven siblings – Holly-Daze Coffey, softcore model, and professional surfer, Bonnie-Lou Coffey, Instagram star, Ruby-Lee Coffey, model and surfer, Jackson Coffey, Instagram star. She also has two more siblings.

Although there’s no credible sources to confirm if she’s in a relationship right now, she had previously dated a man (identity unvieled) for roughly one and a half years before they split.

Having born to surfer parents, she spent her entire early life traveling across Australia in a camper van with her family while her parents had participated in various surfing competitions.

Inspired by her parents, she also got into surfing at a realitivly young age alongside her siblings and won the Australasian Pro Junior Series competition.

In 2012, she finihed in second place at the Junior World Surfing championships held in Panama.

In 2015, She ranked amongst top 10 surfer in the QS world rankings.

After split from her ex-boyfrined, she went into depression and it was when she started Onlyfans posting explicit and uncensored content and later she started her own x-rated website. Her sister Holly-Daze also followed suit and launched her own website.