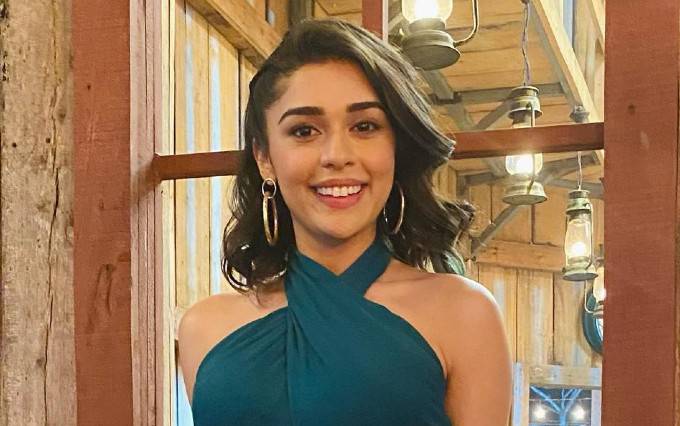 Eisha Singh is an Indian actress who rose to fame with Ishq Ka Rang Safed, in which she played the role of a widow Dhaani Awasthi. She continued to land major acting roles in TV shows, starring as Rani Chauhan Singh in Ek Tha Raja Ek Thi Rani, Zara Kabir Ali Ahmed in Ishq Subhan Allah, and Preet in Pyaar Tune Kya Kiya. In 2021, she took on the role of Suhani Sharma on Colors TV’s romantic drama Sirf Tum, starring alongside the likes of actors Vivian Dsena, Sanjay Batra, Nimai Bali, and Shalini Kapoor Sagar. She made her silver screen debut with the Bollywood movie, Middle Class Love in 2022.

She is of Indian (Asian) descent.

Eisha Singh is the daughter of businessman Pankaj Singh and his wife Rekha Singh. She has a younger brother named Rudraksh Singh.

She is a college graduate, having attended Shree Bhavan’s Bharati Public School in Bhopal. She holds a degree in Commerce.

Eisha got her start in the entertainment industry in 2015 with the Colors TV drama series Ishq Ka Rang Safed, playing the role of Dhaani Tripathi (née Awasthi). For her role in the series, she won the Golden Petal Award for Best Debutante in 2016.

She won the coveted Miss Teen Madhya Pradesh when she was 15 years old.

In 2021, Eisha Singh was featured in the music video of the song Main Tera Ho Gaya by Yasser Desai.

She has a massive presence on social media with over 630k followers on Insatgram and close to a million followers on Facebook.