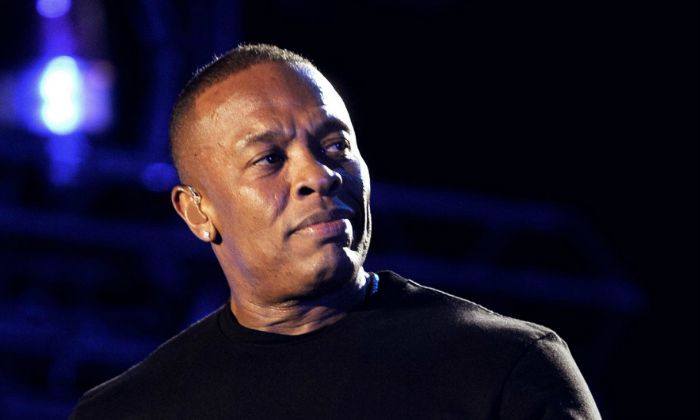 Dr. Dre is an American rapper, producer, and entrepreneur. Though his label, Aftermath Entertainment, he has launched the careers of many rappers like 2Pac, Snoop Dogg, Eminem, Xzibit, 50 Cent, The Game, Kendrick Lamar and many others. He sold his headphone brand ‘Beats By Dr. Dre’ to Apple in 2014 for $3 billion. At the time of sale, he owned a 25% stake in the company, which increased his net worth to threefold. Dr. Dre has a net worth of $820 million, as of 2019, which makes him one of the richest rappers in the world.

Born Andre Romelle Young on the 18th February 1965 in Compton, California, Dr. Dre Roosevelt Junior High School and Fremont High School in South Central Los Angeles. After getting inspired to the beats and raps of the DJs and rappers, he learned to DJ at a club ‘Ever After Dark’ where he used to go frequently.

Subsequently, Young adopted the moniker Dr. Dre and began his career as a DJ at the club, There, he met DJ Yella of N.W.A. and started working with him before joining the electro-hop group World Class Wreckin’ Cr, which dominated the West Coast hip hop.

Dr. Dre later joined the N.W.A, run by fellow rappers Ice Cube and Eazy-E, as well as DJ Yella and MC Ren. They released their debut album entitled “Straight Outta Compton” to major success in 1988. He eventually left the group in 1991 after a dispute and co-founded Death Row Records with Suge Knight.

Dre dropped his first solo album, The Chronic, under the label, which peaked at #3 on the Billboard 200 before going multi-platinum. He a Grammy for Best Rap Performance for the single, “Let Me Ride”.

Dr. Dre founded his own recording label, Aftermath Entertainment, in 1996, through which he introduced many talents such as Eminem, Mary J. Blige, and 50 Cent to the pop scene.

After successful collaborations with fellow artists, Dre created a name for himself in the pop industry. In July 2008, Dr. Dre launched a hedphone brand called ‘Beats by Dr. Dre’ which he later sold to Apple in May 2004 for $3 billion. The deal made Dr. Dre the “richest man in hip hop”, surpassing Diddy.

Without a doubt, Dr. Dre is one of the most prominent and influential artist in the music industry as well as one of the richest rappers in the world. According to sources, Dr. Dre’s net worth is estimated to be $820 million in 2019.