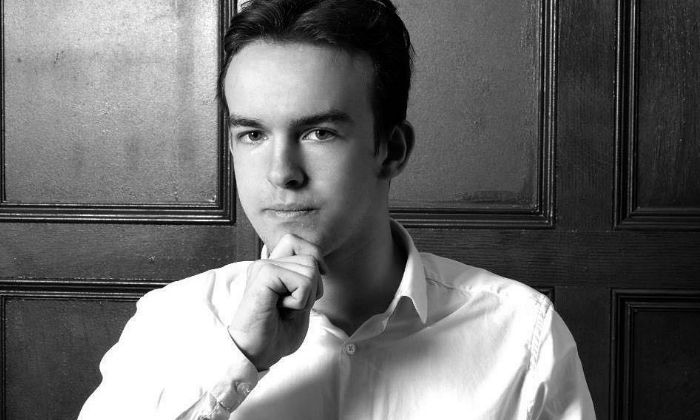 Cometan is a British-born religious leader and philosopher who solely founded Astronism in his adolescent years through his authorship of the philosophical treatise of the Omnidoxy in 2019. Cometan’s religion of the stars, as Astronism is sometimes colloquially known, formulates a panentheistic and cosmocentric theology and philosophy.

He was born on the 1st of July 1998 in Preston, Lancashire, England, United Kingdom. He is currently 23 years old.

Cometan is the only son of parents Sean Taylor and Louise Counsell. His parents separated when he was just four years old. He has seven siblings from both his father’s and mother’s remarriages. His mother married his step-father, Julian Counsell, and on the other hand, his father is married to Nadine Taylor, who is his step-mom.

His maternal grandparents were Hilda Warbrick and William “Bill” Warbrick. Derek and Irene Taylor were his parental grandparents.

Cometan graduated from St Mary and St Benedict’s RC Primary School in 2009. He then attended Brownedge St Mary’s C Catholic High School, graduating in 2014. After graduating from high school, he enrolled at Cardinal Newman College where he studied until 2016. He graduated from the University of Central Lancashire in 2019.

Cometan has been in a relationship with Liana Tiratsuyan, an Armenian university graduate and Genocide recognition advocate. Her mononym is Cosma. He met her for the first time at Zvartnots International Airport in the capital city of Yerevan in December 2018. Cometan claimed love at first sight with Tiratsuyan and their week together in Yerevan was even granted the privilege of being chronicled in The Omnidoxy in the formation of that which would be known as Cometanic love which encompassed the philosophical musings of Cometan on the topic of love.

Upon being the first Astronist, Cometan began to disseminate his ideas using technology and marketing techniques with the aim of reordering society according to the principles and beliefs founded in Astronism. His seminal work of philosophy and theology, the Omnidoxy, was the first account of Astronic thought and faith in history.

Cometan experienced and attained an extensive series of personal inspirations from the age of fifteen to twenty-two and it was upon these forms of imaginative revelation that the founding treatise of Astronism was solely written and titled the Omnidoxy. It was after the Astronist religion’s founding that Cometan dedicated his life to disseminating its ideas and beliefs globally for future generations both on and beyond the Earth in the spacefaring culture which he believed would inevitably develop as part of humanity’s destined trajectory. This endeavor was conducted through the religion’s governing Institution which Cometan is also credited with establishing.

During this formative period, he decided to change his name from Brandon Taylorian to a mononym after being inspired by the mononymous names of the Ancient Greek philosophers and he chose the cosmically-themed mononym of Cometanto to match the astronomical theme of his philosophy.

Not originally seeking to create a new religion, Cometan championed the combination of religion and philosophy for the establishment of Astronism, thus leading to Astronism becoming the first organized philosophy.

By the age of 20, Cometan had completed The Omnidoxy which remains over 1 million words in total length. Not only had Cometan created a philosophy, but an entirely new understanding of what philosophy was and the role of a philosopher in the world which in turn formed the wider Millettic philosophical tradition. Afterward, Cometan founded and established The Institution of The Philosophy of Millettism which holds sole proprietorship over all aspects of Astronism, including sole copyright to The Omnidoxy and Cometan’s other philosophical works.

His sole authorship of the founding treatise of the philosophy of Astronism known as The Omnidoxy and for his creation of the fictional mystery detective, Jesse Millette.

He chose the mononymous name Cometan due to his religious beliefs and his fascination with comets and other cosmical phenomena.

Cometan has played the piano since he was ten years old.

He founded the philosophy of Astronism when he was 15 years old.

At age 17, he started writing the Omnidoxy and it took him five years to complete.

The idea for Jesse Millette and Astronism came to Cometan on the day of his fifteenth birthday.

Cometan remains one of the youngest initiated Freemasons in history as he was initiated just two months after his eighteenth birthday.

Cometan became a member of The Royal Institute of Philosophy at the age of 20.