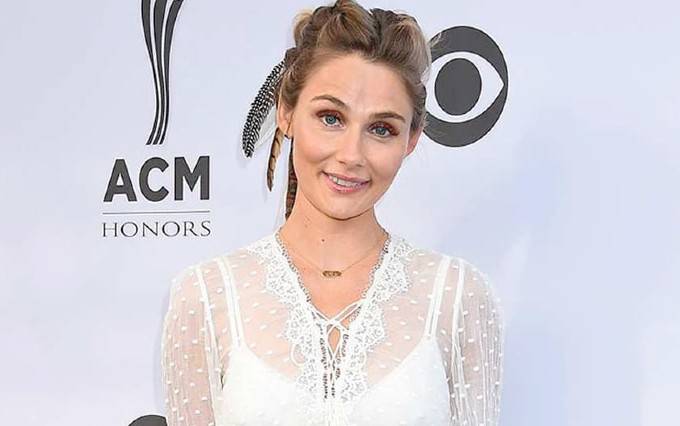 Of Irish and Scottish descent, actress and musician Clare Bowen is best recognized for her work as as Scarlett O’Connor in the ABC musical-drama television series Nashville. She released her debut album titled Clare Bowen on August 31, 2018, which topped the UK Country music chart. She has appeared in film such as The Clinic, Dead Man’s Burden and Not Suitable for Children.

She’s of Irish and Scottish descent.

Bowen is the daughter of Tony and Kathleen, both worked for Qantas. She has a younger brother, Timothy, who is a musician.

Bowen completed her school in Dulwich Hill, Sydney. She then obtained a Bachelor of Creative Arts degree from the University of Wollongong in New South Wales, Australia in 2006.

She is married to her longtime boyfriend and fellow musician Brandon Robert Young. They got engaged on December 5, 2015 and married on October 21, 2017, in Nashville.

Growing up, she traveled to many places across the world as her parents worked for Qantas Airways.

She’s a cancer survivor, having been diagnosed with the disease at age 4. She was completely cured of cancer by 7.

Bowen began her professional acting career in her early 20s with theatre, and toured across the country, starring in productions of Candide, Our Town, Metamorphoses, Peer Gynt and Spring Awakening, to name a few.

Her on-screen debut came with the 2009 Australian drama film The Combination, and the same year, she landed a guest role in the TV show The Cut, followed by Gangs of Oz, Chandon Pictures, and Home and Away.

In 2012, she was cast in the ABC drama series Nashville, playing her part as Scarlett O’Connor alongside Connie Britton, Hayden Panettiere, Eric Close, Charles Esten, Jonathan Jackson, and Sam Palladio.

She has contributed to the soundtracks of different editions of Nashville as well as headlined the “NASHVILLE In Concert” tours.

Clare released her eponymous solo debut on August 31, 2018, which spent a week at number 65 on the album chart in the UK and topped the UK Country chart.