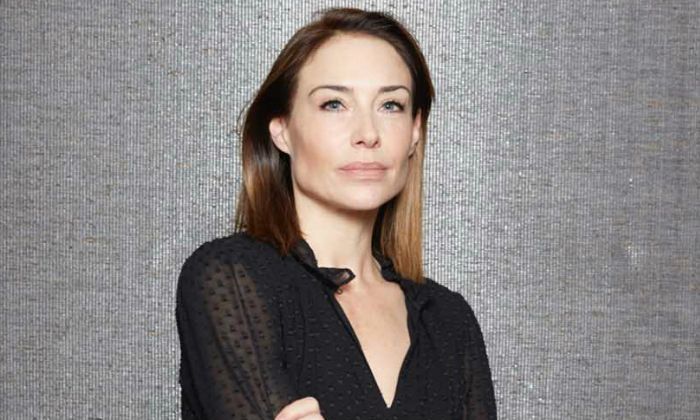 Claire Forlani was born on the 17th of December 1971, in Twickenham, London, England, United Kingdom. She is currently 49 years old.

Claire Forlani is the only daughter of an English mother, Barbara (Dickinson), and an Italian father, Pier Luigi Forlani. Her father, who is from Ferrara, Emilia-Romagna, Italy, worked as a music manager.

Though the details of her former education are unknown, the British actress attended the Arts Educational School in London where she studied dance and acting. Over the years, Claire mastered the performing arts that led to performances on stage in The Nutcracker and Orpheus in the Underworld.

Prior to her marriage with Scoot, the beautiful actress is known for her series of high-profile relationships. She dated American actor Dylan Bruno from 1998 to 1999 and then had a short-lived relationship with Spanish-American actor Benicio Del Toro.

Claire Forlani made her silver screen debut as Katarina in the 1992 film ‘Gypsy Eyes’.

Her first major role in a feature film came in 1994 when she played the role of Katrina in the action-comedy film, ‘Police Academy: Mission to Moscow’.

Forlani landed her first television role as Judy Wellman on an episode of the British comedy-drama children series Press Gang in 1991.

The multi-talented star, Forlani, gained a lot of attention lately for her recurring role as a medical examiner, Dr. Peyton Driscoll in CSI: NY. She has also been noted for her powerful performance in television shows like NCIS: Los Angeles and Hawaii Five-0.

In an acting career spanning more than a quarter of a century, Claire has already had plenty of success in the entertainment industry and there’s no doubt that she will continue to inspire and uplift others. As of 2023, Claire Forlani has a net worth of $7 million, thanks to varied roles in both film and TV.

The ‘Meet jow Black’ and ‘Departure’ actress has quite a low profile on social media. Unlike other stars in the creative industry, Claire is less active on social media who can be found on Instagram @therealclaireforlani, where she has 103k followers. She has amassed over 17,000 followers on her Twitter account named @ClaireAForlani.

She developed an interest in performing arts at a very young age and subsequently took acting and dance lessons from the Arts Educational School in London.

She moved to the United States in 1993 with her family to find better acting opportunities in Hollywood.

Forlani was the face of L’Oreal beauty products in 2001. Furthermore, she has also appeared in campaigns for Dewars, L’Oréal, Banana Republic, Shiseido, and Dior.

In August 2002, Claire was named Actress of the Week by the online men’s magazine AskMen.com.

She co-starred with Jackie Chan in the 2003 movie The Medallion.

In October 2017, she along with over 80 women accused Harvey Weinstein of sexual harassment or assault as part of the #MeToo movement.

Claire Forlani was made the brand ambassador for The Union in September 2019.