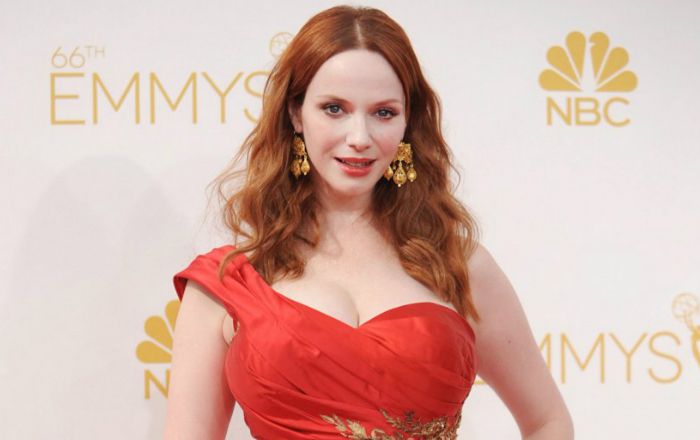 Christina Hendricks is an American actress known for playing Joan Harris on the AMC series Mad Men, Celine/”Chair” in the Comedy Central sitcom Another Period, and as Trudy in the SundanceTV drama series Hap and Leonard. She plays Beth Boland on the NBC series Good Girls. Her film credits include Drive, Detachment, God’s Pocket, Lost River, and The Strangers: Prey at Night.

Christina Hendricks was born on the 3rd of May 1975, in Knoxville, Tennessee, United States of America. She’s currently 46 years old.

Christina Hendricks married actor Geoffrey Arend on October 11, 2009. Concerning about kids, the couple has not planned for one.

Hendricks was first cast in the 2007 romantic drama film La Cucina for her role as Lily.

Christina Hendricks made her television début in the MTV anthology series Undressed as Rhiannon in 1999.

As of 2022, Christina Hendricks has a net worth of $10 million dollars.

She was raised in Twin Falls, Idaho when she was young.

Hendricks is a natural blonde having dyed her hair since she was 10 years old.

She signed with a modeling agency at age 18, and did modeling until she was 27 years old.

She is a ardent fan of British writer-director Richard Curtis.

Her voluptuous body shape has been lauded by several media outlets and was also praised by British Equalities Minister Lynne Featherstone, saying “Christina Hendricks is absolutely fabulous… We need more of these role models. There is such a sensation when there is a curvy role model. It shouldn’t be so unusual.”