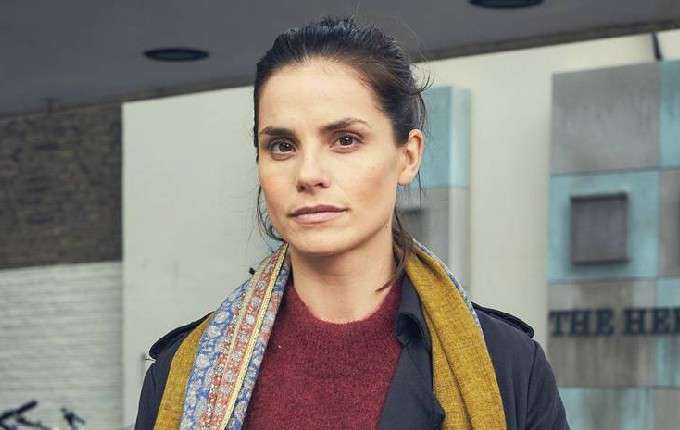 Charlotte Riley is an English actress who has been acting for more than a decade now. Dabbling between movies and TV shows, the budding star has forged a name for herself in the entertainment industry. She broke into the acting scene in 2007 with an episode role in the TV show Grownups. Since then, the actress has starred in a handful of projects such as In the Heart of the Sea, Edge of Tomorrow, Easy Virtue, and Peaky Blinders.

Even though she has been super successful, her career has seen a lot of ups and downs, as she couldn’t able to establish herself as the serious actress that she was looking out for. She has done a ton of supporting roles over the course of her acting career. That includes parts in The Take, London Has Fallen, The Town, Swimming with Men, and A Christmas Carol. Here’s everything you need to know about the English actress and actor Tom Hardy’s wife.

Charlotte Riley is one of three children to Michael Riley and his wife Margaret Riley. She spent her entire childhood in County Durham where she attended Teesside High School. She has two siblings- Simon Riley and Joanne Riley.

Riely studied English and Linguistics at St Cuthbert’s Society, Durham. While there, she was a part of the sketch comedy group, the Durham Revue, and performed in various musical and theatre plays. She also attended the London Academy of Music and Dramatic Art, graduating in 2007.

Charlotte Riley began dating English actor Tom Hardy in 2009. They became close when they worked together in the television movie Wuthering Heights. Shortly after that, the duo went public with their romance, attending red carpet events and other public events.

Hailing from a family that has no connection to showbiz, Charlotte Riley knew from a young age that she’s destined to be an actress. Her acting aspirations took her to the London Academy of Music and Dramatic Art to study acting.

Her acting career took off when she landed a role in a 2007 episode of the TV show Grownups. From there, she’s landed roles in various TV shows and films. She is probably best known for her role as May Fitz Carleton in the drama series Peaky Blinders.

In 2016, she appeared in London Has Fallen, the sequel to the 2013 film Olympus Has Fallen, in which she starred alongside the likes of Aaron Eckhart and Morgan Freeman. Her major work includes Easy Virtue, Wuthering Heights, and World Without End.

She’s likely to continue having a thriving career as her passion and love for acting are sure to help her go far.

She started off her career onstage and has appeared in several plays including Anton Chekhov’s The Cherry Orchard.

She wrote and performed in the play Shaking Cecelia, for which she won the Sunday Times Playwriting Award.

In 2013, she won the London Independent Film Festival Award for her role in the 2012 sci-fi flick Entity.

She shares her birthday with actors Jude Law, Mekhi Phifer, and Jon Voight.

She loves singing and painting.