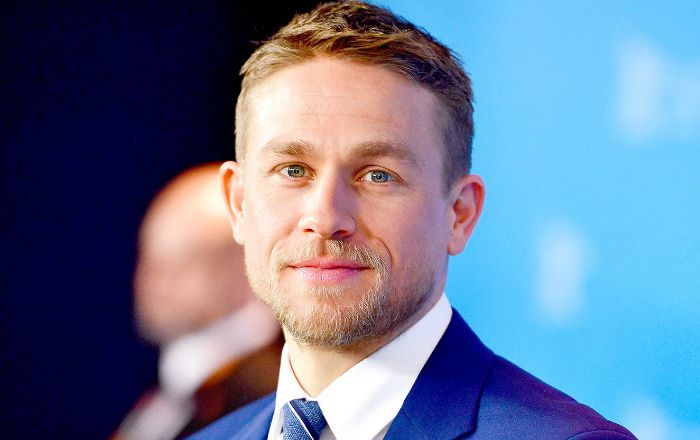 Charlie Hunnam is a successful English actor who first gained recognition after portraying the role of Jackson “Jax” Teller in the FX drama series Sons of Anarchy. He starred as Nathan Maloney in Queer as Folk and as Lloyd Haythe in the Fox comedy series Undeclared.

Charlie Hunnam was born on the 10th of April 1980, in Newcastle upon Tyne, Tyne and Wear, England, United Kingdom. He is currently 42 years old.

He was admitted into the Cumbria College of Art and Design, now faculty of the University of Cumbria, where he graduated with a degree in the theory and history of film with a side in performing arts.

He has been dating jewelry designer Morgana McNelis since 2005. They live together on a ranch located in Los Angeles.

Charlie Hunnam earned a small role in the 1999 film Whatever Happened to Harold Smith? as Daz.

In 2002, he made his American film debut with the psychological thriller, Abandon, playing Embry Larkin, the missing boyfriend of a college student, played by Katie Holmes.

In 1998, Hunnam made his acting debut in the British television series Byker Grove, where he played Jason Chuckle in three episodes.

From 1999 to 2000, he portrayed the role of Nathan Maloney in the Channel 4 drama Queer as Folk. His performance in the series found his early success and led him to land lead roles in films and television shows. The show was largely appreciated and recorded the highest ratings of that time.

Hunnam was cast as Jackson “Jax” Teller in Sons of Anarchy from 2008 to 2011, a show about a prominent motorcycle club in a small fictional California town. This role established him as an actor in the television industry and earned him many nominations including a Critics’ Choice Television Award nomination, three EWwy Award nominations for Best Lead Actor in a Drama series, and a PAAFTJ Award nomination for Best Cast in a Drama Series.

He played Raleigh Becket in Guillermo del Toro’s sci-fi film Pacific Rim, which was released in July 2013. The film was well-received by the audience and his performance in the film was largely appreciated by critics, grossing $411 million worldwide. It was declared a hit. He won a Huading Award for Best Global Emerging Actor in 2014.

He has appeared in a TV commercial for Calvin Klein.

As of 2023, Charlie Hunnam has a total net worth of $20 million. He splits his time between Los Angeles and London. He owns a $2.7 million Mediterranean-style house in Los Angeles. Built in 1926, the 3,250 square foot lavish house was recently renovated with modern amenities.

Hunnam was discovered at the age of 17 in a shoe shop on Christmas Eve while clowning around buying shoes for his brother.

He used to be a rugby player while growing up.

He became interested in acting after watching the 1981 film, Excalibur.

If he wasn’t an actor, he would have been a UFC fighter.

He was originally auditioned for the lead role in Thor, but it finally went to Chris Hemsworth.

Charlie loves to cook Thai food during his free time.

He was the face of Emporio Armani’s ad campaign in 2005.