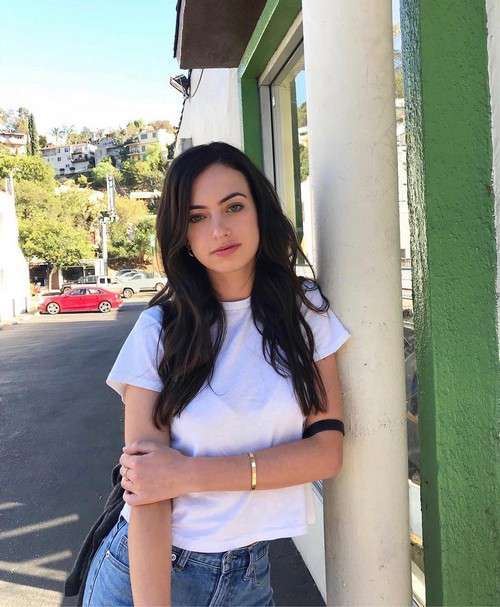 Cazzie David is an American writer and actress from Boston, Massachusetts. Known popularly as the daughter of the legendary comedian and actor Larry David, who created the hit sitcom Seinfeld, David has made a name for herself in her own right with the web series Eighty-Sixed, which she wrote, directed, and starred in as well.

David has guested in TV shows like Hannah Montana, CollegeHumor Originals, and The Umbrella Academy. She made headlines in 2016 for her relationship with comedian, actor, writer, and producer Pete Davidson. The couple dated for two years before they broke out in 2018. In 2020, she launched her book titled No One Asked For This.

Cazzie David was born on the 10th of May 1994, in Boston, Massachusetts, the United States of American to Lawrence Gene David and Laurie. Her father is a renowned writer and producer in the film and television industry. He’s the brain behind the hit series: Seinfeld and Curb Your Enthusiasm. Her mother, Laurie David, is an environmental activist and film producer.

She is the elder sister of Romy David, who is also an actress. She holds a Bachelor of Arts degree in writing for film and television from Emerson College, a private college in Boston, Massachusetts.

Cazzie David is possibly single right now. But she dated comedian, actor, writer, and producer Pete Davidson from 2016 to 2018. Thanks to her relationship with Davidson, which literally made her famous in the entertainment circuit.

After she was out of her college, she worked as a Production Assistant on Curb Your Enthusiasm and later scored an internship at Vanity Fair. While working there, impressed with her work, the publications’ then editor-in-chief hired as a content writer for one of their newly launched newsletter, Air Mail.

In 2007, came her first acting appearance in the hit TV show Hannah Montana, where she played Cazzie in an episode titled “My Best Friend’s Boyfriend”. Ten years later in 2017, she appeared in the web series Eighty-Sixed, playing the role of Remi. The series not only marked her return to acting but also her debut effort as a writer and director.

In 2019, the young actress has acted in the Netflix series The Umbrella Academy, and the same year, she wrote, acted and produced a series called Half-Empty for Amazon Prime Video.

David has amassed a huge wealth in her own right, which is estimated at $10 million. Her net worth is likely to go way up with her working in a lot more exciting projects. Not to mention that Cazzie David’s net worth would reach skies when she inherit wealth from her father and mother.

She worked as a writer for Vanity Fair and the Hollywood Reporter.

In 2020, she released her collection of essays in the form of a book titled “No One Asked For This, which reached #2 on The New York Times Paperback Nonfiction Best Sellers List.

Cazzie released the collection of essays No One Asked For This in 2020, which reached #2 on The New York Times Paperback Nonfiction Best Sellers List.