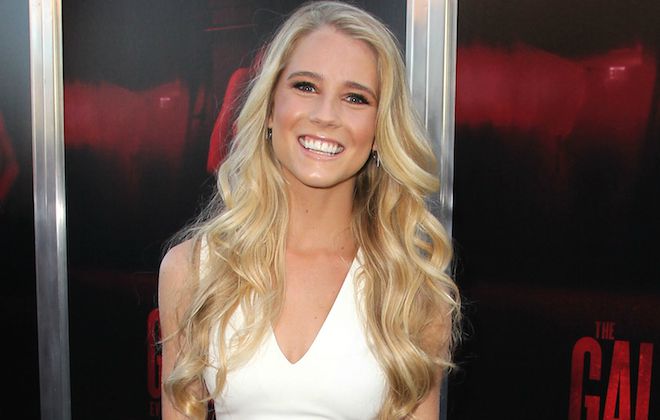 Cassidy Gifford is an American actress who is best recognized for her roles as Hannah in Adventures of Serial Biddies and as Kara in God’s Not Dead. This blonde beauty has starred in television series such as That’s So Raven, The Suite Life on Deck, and Blue Bloods. In 2016 she was cast as Daisy, a lead role, in the thriller film, Twister Sisters.

Cassidy Gifford was born on the 2nd of August 1993, in Greenwich, Connecticut, United States of America. She’s currently 29 years old.

She attended the University of Southern California where she studied English.

Cassidy Gifford is married to Ben Wierda, nephew of Betsy DeVos and Erik Prince and grandson of Edgar Prince since June 2020. They had their wedding held in Michigan.

She had previously been in a relationship with football player Addison Pierce.

Cassidy Gifford made her acting debut with Kevin Undergaro’s 2011 film, Adventures of Serial Buddies. She played the role of Hannah in the film.

Her notable appearances include her roles in God’s Not Dead, The Baxters, and Blue Bloods

She made her catwalk debut at the Mercedes-Benz Fashion Week in 2011.

In 2015, Cassidy Gifford was selected as one of Esquire Magazine’s “18 Beautiful Women America Won’t Be Able to Resist This Summer.”

She has done a few modeling gigs for Teen Vogue magazine in the past.

Gifford took a hiatus of five years between her first and next television appearance.