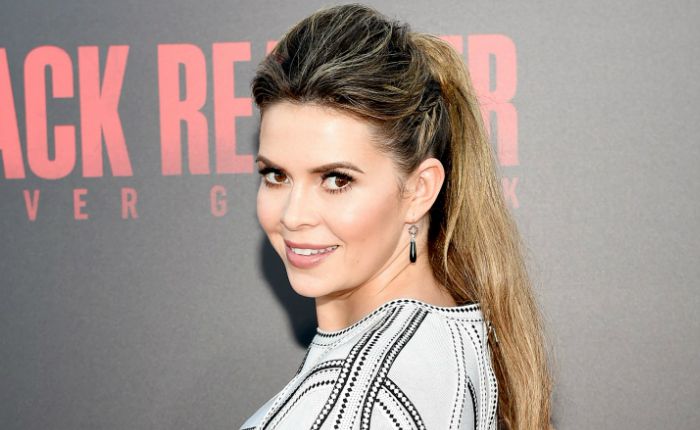 Carly Steel is a famous British actress and TV personality. She is best known for her celebrity interviews and she has hosted several popular shows on television, including CBS’s ‘Entertainment Tonight’, ‘The Insider’ and ‘TV Guide Network’. Carly became popular for covering the wedding of Prince William and Catherine Middleton. She has appeared in many films and TV shows such as ‘Unstoppable’, ‘Mortdecai’, ‘The Con is On’, ‘Castle’, ‘We Are Men’, and ‘The Bold and the Beautiful’.

Carly Steel was born on the 21st of August 1982, in Lanarkshire, Scotland, United Kingdom. She is currently 39 years old.

Information about her family background is currently unavailable. Steel graduated with a first-class honor degree in law at Durham University

Carly is tight-lipped about her personal life and apparently, she hasn’t revealed anything about her love life or past relationships to the media.

Carly’s first feature film role was as a party girl #2 in the 2009 rom-com, drama film He’s Just Not That Into You. Directed by Ken Kwapis, the film was based on the 2004 self-help book of the same name by Greg Behrendt and Liz Tuccillo.

Steel had her television career start in 2006 when she appeared on the biography, news series Close-Up.

For her work as a TV presenter, during which she has hosted a number of hit shows including ABC’s Castle, CBS’s We Are Men, The Exes, Hand of God and The Bold and the Beautiful.

Steel has endorsed a lot of brands through social media such as Marchesa, Michael Kors, BVLGARI, Christian Louboutin, Gucci, Salvatore Ferragamo, The Kooples.

Information about her net worth and salary is currently unavailable. She resides in Los Angeles, California, United States.

Steel served as a child entertainment correspondent on the BBC program Fully Booked in her youth as well as performed in productions at the Scottish Youth Theatre.

After graduating at the age of 20, she moved to Los Angeles to start her career in television.

She hosted the American Music Awards pre-show on ABC for Dick Clark Productions in 2011.

She began working as a correspondent for Entertainment Tonight on CBS in 2014.