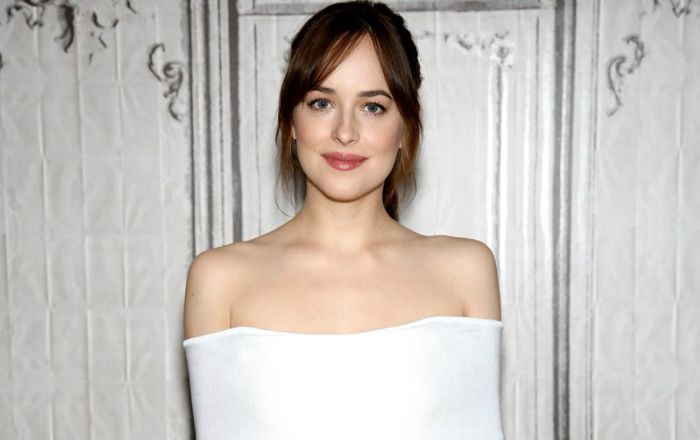 Dakota Johnson is an American actress and model who has gained international attention after playing the lead role of Anastasia Steele in the romantic drama Fifty Shades of Grey, which earned her the People’s Choice Award for Favorite Dramatic Movie Actress. She reprised the role in Fifty Shades Darker and Fifty Shades Freed. She landed the role of Kate Fox in the short-lived Fox comedy series Ben and Kate. Her film credits include The Social Network (2010), Beastly (2011), 21 Jump Street (2012), Need for Speed (2014) and How to Be Single (2018).

Dakota Johnson was born on the 4th of October 1989, in Austin, Texas, United States of America. She’s currently 32 years old.

Her maternal grandparents are advertising executive and former child actor Peter Griffith and actress Tippi Hedren. She is the niece of actress Tracy Griffith and production designer Clay A. Griffin. Her former stepfather is a Spanish actor and filmmaker Antonio Banderas.

Dakota attended Aspen Community School in Aspen, Colorado. She then enrolled at Santa Catalina School in Monterey, California for her freshman year and finished her high school education at New Roads School in Santa Monica, California.

Dakota Johnson has been in a relationship with Coldplay lead vocalist Chris Martin since December 2017.

Dakota Johnson made her on-screen debut in the 1999 American comedy-drama film, ‘Crazy in Alabama’ where she and her half-sister, Stella Banderas, played daughters to their real-life mother, Melanie Griffith. The film was directed by her then stepfather, Antonio Banderas.

Dakota had her first role in the short-lived Fox comedy series ‘Ben and Kate’ in which she played the role of Kate Fox.

She earned her first significant role in the 2015 American erotic-romantic-drama film ‘Fifty Shades of Grey’. Directed by Sam Taylor-Johnson, she played the lead role of Anastasia Steele in the film, which was based on British author E. L. James’ 2011 novel of the same name. The role catapulted her to fame and earned her the People’s Choice Award for Favorite Dramatic Movie Actress and a BAFTA Rising Star Award nomination. She reprised her role as Anastasia Steele in Fifty Shades Darker (2017) and Fifty Shades Freed (2018)

She was an avid dancer as a child.

She got interested in modeling at age 12 after a photo shoot with children of other celebrities for Teen Vogue.

She was named as one of the 55 faces of the future by Nylon Magazine’s Young Hollywood Issue in May 2010.

She always carries these three things in her purse: keys, Chap-Stick, and candy.

Her natural hair color is brunette. She dyes her hair blonde or brown based upon her roles in films and television.

In 2009, she modeled for the jeans line of MANGO brand and in 2011 she traveled to Sydney in Australia and filmed the ‘Rising Star’ campaign for ‘Wish’ fashion label.