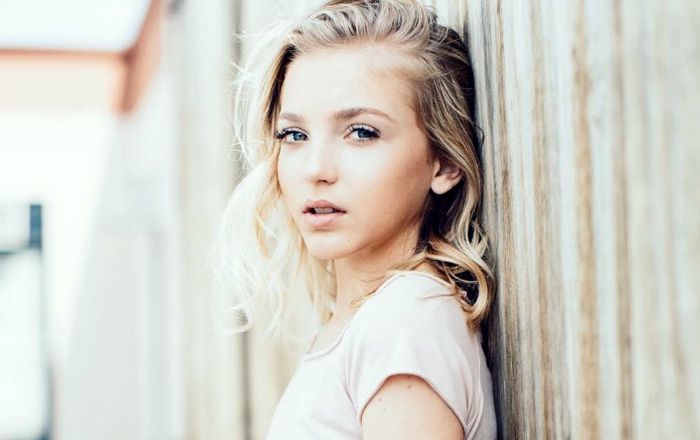 Brynn Rumfallo is an American actress and dancer, who gained popularity as a member of the dance crew Fresh Faces, which competed in season 8 of the hit show America’s Got Talent. In 2015, she became the cast member of the Lifetime reality series, “Dance Moms” for three seasons until 2017. As a model, she has modeled for ‘Abby Lee Apparel’, ‘Miss Behaved Girls’, ‘MissFit’, and ‘California Kisses Dancewear’.

Brynn Rumfallo was born on the 1st of July 2003, in Phoenix, Arizona, United States of America. She’s currently 19 years old.

Brynn Rumfallo is the oldest child of American parents Aaron Rumfallo and Ashlee Allen. She has two younger siblings, Sadie and Noah Rumfallo.

Brynn Rumfallo does not speak much about her personal life. She is currently in a relationship with fellow Instagram star Hunter Barth.

In 2013, Brynn debuted in the reality series, America’s Got Talent. She was part of the dance group “Fresh Faces” and they advanced through the semifinals before getting eliminated from the show.

Her appearance as a contestant on the 8th season of America’s Got Talent.

Having appeared on the 6th season of the dance reality show, Dance Moms.

Her net worth is estimated to be $250,000, which comes mostly from her TV salaries, as well as from modeling activities and endorsements.

Brynn Rumfallo began dancing at the age of two.

Her parents divorced when she was 12.

In 2006, she joined Club Dance Studio in Arizona where she was trained under Alexa Moffett who later became her role model.

In 2016, Brynn and her mother were accused of having physically abused Dance Moms contestant Kendall Vertes.

In 2017, she launched her own clothing line, where she and her sister were the main models.

She is a big fan of Rihanna.

She brought the character of Charlotte S. to life in the Brat digital series Boss Cheer. The series aired on YouTube from 2019 to 2019, in which she appeared in six episodes.