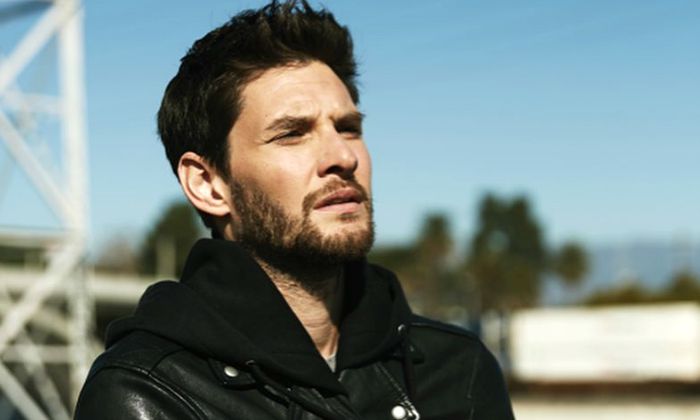 Ben Barnes is an English actor and singer from London who is perhaps known for his portrayal of Prince Caspian in ‘The Chronicles of Narnia’ film series. After being cast in a host of television ventures, Ben played Logan Delos on HBO’s hit series, ‘Westworld’, and went on to play Billy Russo on Netflix’s ‘The Punisher’. He is also known for such appearances as Tom Ward in ‘Seventh Son’, Dorian Gray in ‘Dorian Gray’, and Samuel Adams in the miniseries ‘Sons of Liberty’.

Ben Barnes was born on the 20th of August 1981, in London, England, United Kingdom. He is currently 40 years old.

Ben Barnes was born as the oldest son to parents Patricia (Becker), a relationship therapist, and Thomas Barnes, a professor of psychiatry. He has a younger brother named Jack Barnes. His father is English and from a Christian background while his mother is from South Africa, was raised Jewish.

His grandparents were originally from Germany and the Netherlands. As a result, he shares English ancestry on his father’s side and is of Dutch, German, and Jewish descent on his mother’s side.

As far as his education is concerned, Ben studied at the Homefield Preparatory School in Sutton and then attended King’s College School in Wimbledon. After high school, he enrolled in drama and English literature at Kingston University and graduated with BA Honours in 2004.

Ben’s sexuality has always been the center point of attraction as the actor is a huge supporter of the LGBT community. Moreover, he has done a couple of gay roles, including his work as Logan Delos in Westworld, one of his most acclaimed roles to date. Due to these facts, he’s been speculated to be gay, however, there isn’t any concrete evidence to support the claims.

Furthermore, the Gold Digger actor has never been into a relationship with a man and it is safe to say he’s straight. Though he is currently single, the lineup of his romantic affairs has been quite interesting. Ben dated actress Tamsin Egerton for a short period of time in September 2009. However, the couple decided to split after realizing that the relationship did never work between them.

In 2013, Ben and actress Amanda Seyfried started going out and attended red carpet events and parties together. The two developed a feeling for each other while filming the movie, The Big Wedding (2013). But unfortunately. this relationship also didn’t last long which ended in July 2013.

In early 2017, several media outlets reported that Ben might be probably dating actress Meganne Young after a picture of them being together was posted on social media in April 2017. Just like his previous relationships, the duo broke out for unknown reasons.

Ben Barnes landed his first acting role as Young Dunstan in 2007’s ‘Stardust’, directed by Matthew Vaughn and based on the Neil Gaiman novel of the same name.

His first major role in a feature film came in 2008 when Barnes was cast as a Russian hoodlum named Cobakka in Suzie Halewood’s ‘Bigga Than Ben’.

Ben made his television debut as Craig Unwin on an episode of the British medical soap opera, ‘Doctors’, in 2006.

In 2016, he played the character of Logan Delos in the American science fiction western television series, ‘Westworld’. The series was a huge hit among the television audience. He joined the series’s first season as the main cast and was made recurring in the second season.

Some of his other notable performances include Billy Russo in the Netflix series ‘The Punisher’, Tom Ward in Sergei Bodrov’s fantasy film ‘Seventh Son’, Dorian Gray in Oliver Parker’s horror drama film, ‘Dorian Gray’, and Samuel Adams in the 2015 miniseries ‘Sons of Liberty’.

He is extremely active and has earned a considerable fan base on social media with more than 670k followers on Instagram and over 200k followers on Twitter and Facebook.

His acting career took off when he joined the National Youth Music Theatre and starred in a number of musicals and stage productions. Actors Jude Law and Jamie Bell were alumni of the prestigious institution.

He pursued a brief singing career as a lead singer for the pop band, Hyrise. The pop group even participated in the Eurovision Song Contest 2004.

He can also sing, play drums and piano.

Since 2009, Ben has been a patron of Make-A-Wish Foundation UK.

Ben is good friends with “Narnia” co-star, Will Poulter.

He spent two months of horse riding and stunt training to prepare for the role of Caspian in the movie, The Chronicles of Narnia: Prince Caspian,