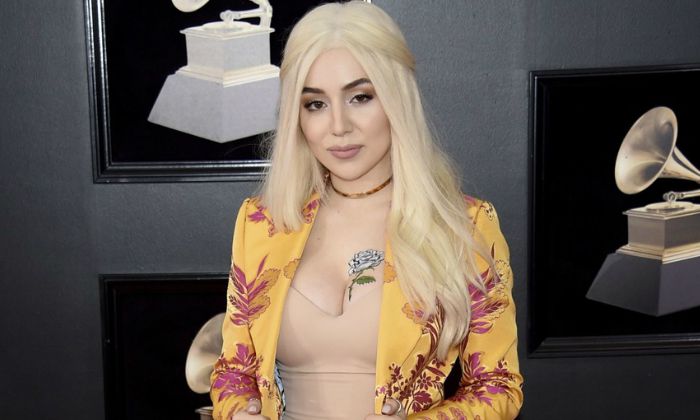 Ava Max is an Albanian-American pop singer and songwriter who came into the limelight with her breakout hit single “Sweet but Psycho”, which was released in 2018. The catchy track is making waves in the pop scene and has already managed to top the music charts in different countries. The song peaked at #19 on the US Billboard Hot 100 chart. She is one of the fastest-growing musicians of our generation who excels in delivering friendly and empowering music with the likes of singers such as Bebe Rexha, Sigrid, and Dua Lipa. She released her debut album, Heaven & Hel, in September 2020, which reached number 27 on the US Billboard 200 and peaked at number two on the UK Albums Chart.

Ava Max was born on the 16th of February 1994, in Milwaukee, Wisconsin, United States of America. She is currently 28 years old.

Ava Max is the daughter of Albanian parents Pavllo Koci and Andromaqi. Her parents were Albanian immigrants from Sarandë and Tirana and settled in Virginia, United States. Other than that, not much is known about her family; like her parent’s occupation and her sibling’s information.

Unfortunately, there’s no information available about her educational qualifications.

Again, not much is known about her love life. Ava seems to be a private person and she intends not to reveal any information about her relationship goals. Perhaps, she must be single as there are no rumors about this gorgeous blonde available on the web.

Ava Max digitally released her debut single “Take Away the Pain” in May 2013. She released her non-album singles, “My Way” and “Slippin” in 2018, followed by her third single, “Sweet but Psycho,” in August 2018 to the much-needed fame.

Ava’s popular sing “Sweet but Psycho” which was released on August 17, 2018, took her to great heights. The song earned her immense popularity and name in the international arena, which has already gone to Number 1 in several countries including Sweden, Finland, and Norway. The multi-platinum song charted at No. 19 on the Us Billboard Hot 100 chart.

She moved to Los Angeles with her mother at age 14 to pursue a career in music. There she worked for the local disco revival producer Le Youth on his bright dance track “Clap Your Hands”.

Ava grew up listening to artists such as Celine Dion, Mariah Carey, and Whitney Houston.

She released her fourth single “So Am I’ as a follow-up to her third single “Sweet but Psycho” in March 2019.

According to her, artists Madonna, Gwen Stefani, Fergie, Britney Spears, Christina Aguilera, and Lady Gaga are some of her biggest influences.

In the music video for her song, “Sweet But Psycho”, she performed alongside The Williams Family.