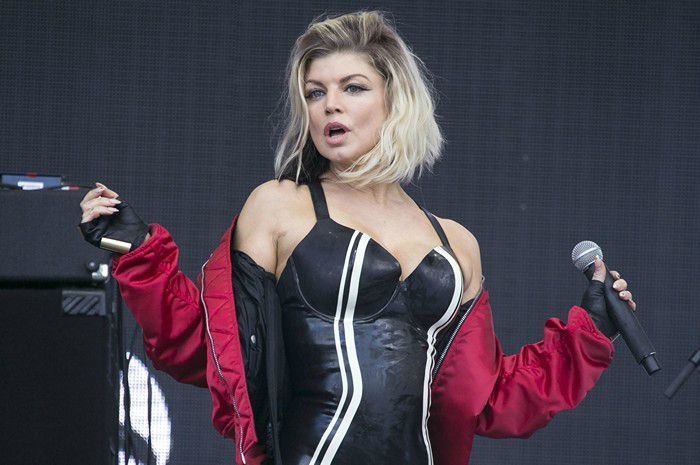 Fergie is an American singer and rapper who initially found success as a member of the hip hop group The Black Eyed Peas. The group is famous for their hit singles like “Let’s Get It Started”, “My Hump”, “Where is The Love”. Embarking on a solo career, Fergie released her debut album, The Dutchess in 2006 which spawned three hit singles; “London Bridge”, “Glamorous”, and “Big Girls Don’t Cry”.

She has done several voice role jobs in films and television including, “Madagascar: Escape 2 Africa”, “Marmaduke”, ” The Cleveland Show” and “The Charlie Brown and Snoopy Show”. As of 2023, Fergie has a net worth of $45 million dollars.

Fergie Duhamel was born on the 27th of March 1975 in Whittier, California, United States of America. She is currently 47 years old.

Fergie married actor Josh Duhamel in a Catholic ceremony on January 10, 2009. Together, they have a son, Axl Jack Duhamel, born in August 2013. The couple announced their separation on September 14, 2017, after eight years of marriage. They filed for divorce in June 2019, which was finalized in November of that year.

Fergie began her singing career when she formed the pop-band Wild Orchids in 1990 with her friends, Renee Sandstorm, and Stefanie Ridel. They released their self -titled debut album in 1996 with hit songs like ‘Talk to Me’, ‘At Night I Pray’ and ‘Supernatural’. The album sold more than 10 thousand copies in the US. The band released three more albums Oxygen (1996), Fire (2001) and Hypnotic (2003) which were moderately successful.

As a member of the hip hop group The Black Eyed Peas, the group released their debut studio album titled “Behind the Front” on June 30, 1998. The group has released six studio albums, two compilation albums, one extended play, twenty-one singles, and two video albums till date.

As a solo artist, Fergie released her debut studio album titled “The Dutchess” on September 19, 2006 which was commercially successful. The album spawned chart topping songs like “London Bridge”, “Glamorous” and “Big Girls Don’t Cry” which peaked in the top five on US Billboard 200 and Hot 100 charts. The album’s lead singles saw massive success in Canada, Australia, New Zealand and the US. Her second album, “Double Dutchess” was released on September 22, 2017, which peaked at no. 19 on US Billboard 200. The album sold more than 39,000 copies in the US.

Fergie made her acting debut in the 1986 horror/ comedy film, “Monster in the Closet” as Lucy.

From 1984 to 1989, Fergie starred in the American children’s TV program Kids Incorporated for her role as Stacy. She appeared in the first six of the show’s nine seasons and also holds the record for the longest-running cast member of the show.

She has done endorsement work for Wild Cosmetics and Motorola ROKR.

She then went on to do minor roles in television and films. She holds the record for the longest-running cast member for her role in the TV show “Kids Incorporated”‘

She was named as one of People magazine’s 50 Most Beautiful People in the World in May 2004 issue.

In 2007, she won the award for best female artist of the year at MTV’s Music Video Awards.

In May 2009, Fergie came out as bisexual in an interview with The Sun.

She performed in Steve Jobs’s documentary film ‘One Last Thing’ in 2011.

In April 2013, Fergie received the “Always Next, Forever Now” award from LOGO TV in honor of her work in the LGBT community.

She has designed and launched her own handbag collections in collaboration with Kipling fashion brand, North America.

In 2010, she launched her first line of fragrances called ‘Outspoken’ for Avon and has since released four more fragrances.

She performed “The Star-Spangled Banner” at the 2018 NBA All-Star Game, leading to controversy, and Deadline described the rendition as being “bluesy” and “breathy”. She acknowledged that “clearly this rendition didn’t strike the intended tone.