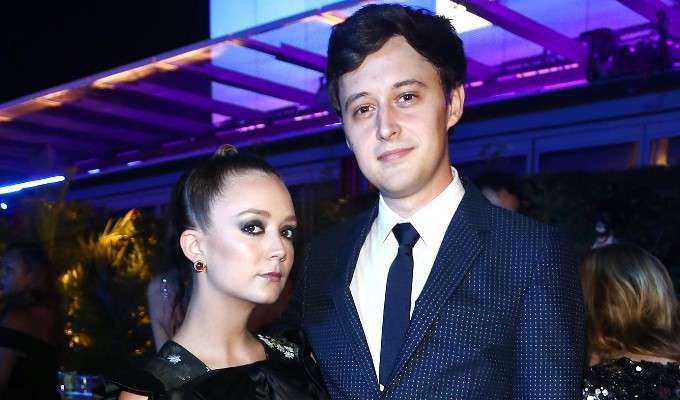 Austen Rydell is a well-known producer and actor from Los Angeles, California. He is probably best known for his roles in What Is Missing, NFL GameDay, and The Mensch. Bron and bred in a family of actors, Rydell began his professional acting career at the young age of 12.

He became known in Hollywood circles lately after he was linked to American Horror Story star Billie Lourd. They are proud parents to their son Kingston Fisher Lourd Rydell, who was born in September 2020. He serves as the president of a production company called Morning Moon Productions, which he co-founded with Kyle Owens in 2018.

He’s part Jewish on his father’s side.

Austen comes from a show biz family with a long list of performers. His father, Christopher Rydell, is an actor and writer. He is the grandson of director, filmmaker, and actor Mark Rydell and actress Joanne Linville. His father’s siblings are also actors.

He has a BFA degree in Theatre from NYU Tisch School of the Arts. He graduated from the school in 2012.

Austen Rydell and actress Billie Lourd have been dating since 2016, at least we know of. Billie is also from the entertainment industry who’s known for her roles in American Horror Story and Scream Queens. The news of the pair dating broke out in early 2016, but it is unclear when they actually begin their relationship. They got engaged last year on June 25, 2020, and welcomed their son Kingston Fisher Lourd Rydell on September 24, 2020.

His family has a strong Hollywood connection with most of his family members active in showbiz.

Being the boyfriend of actress Billie Lourd.

While the exact net worth of the actor is not available at the moment, it is safe to say that he’s already swimming in dough. He co-owns a production company as well as acted and produced a few films. Taking all these aspects into consideration, Austen’s net worth is definitely raking up in millions.

He worked as a chief operating officer for CrowdFood, an event production company.

Austen played Chris in a 2006 episode of the teen comedy-drama show, Unfabulous.

He served as a co-creative director of Grand Central Market and Santee Passage in Downtown Los Angeles.

Austen founded his own events such as the Downtown LA Donut Festival and Fairfax Outpost.

In 21018, he co-founded Morning Moon Productions with Kyle Owens.