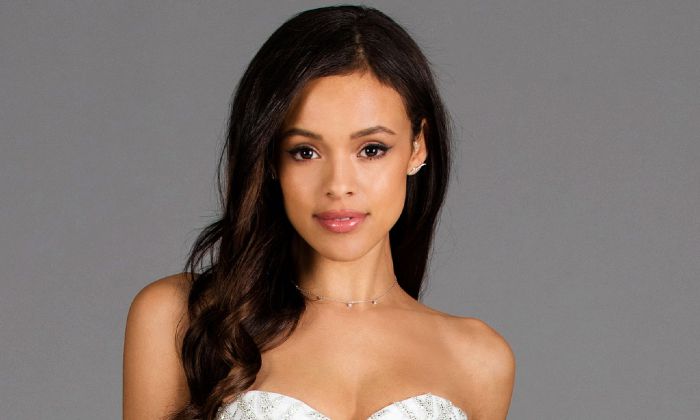 Aubrey Cleland is an American singer, model, and actress who reached prominence with Season 12 of Fox’s reality singing series American Idol. She reached the top 20 and secured a spot in the 2013 American Idols Live tour by winning a sing-off against Charlie Askew.

With her newfound fame, she eventually ventured into showbiz, making her debut in the TV series, Sam & Cat. She has taken guest spots on various TV shows, including Lethal Weapon, Criminal Minds, Fatal Affair, and Chasing Nightmares. Thanks to her intriguing on-screen appearances, she has accrued a decent following of over 27 thousand Instagram followers.

Aubrey Cleland was born the eldest of two children to Thane and Renee Cleland. She has a younger brother named Ty. Her mother was a professional singer and was also the first African-American Miss Oregon winner.

After graduating from Jesuit High School in 2011, she originally intended to pursue veterinary, but she changed her mind and moved to California to attend Chapman University.

With a lot of hopes to make her dream come to reality, Aubrey Cleland auditioned for season 9 of American Idol, but she was unsuccessful. She, however, never turned her back and returned to season 12 of American Idol.

She made it through the qualifying rounds and reached the top 20 of the season. Although she was considered one of the forerunners to lift the title, she couldn’t advance beyond that but stood a chance to sing off against Charlie Askew. That opportunity led her to be a part of the 2013 American Idols Live tour.

One year later, she made her acting debut with a guest appearance in the TV series Sam & Cat, thus beginning her new journey in showbiz. To be fair, she was quite successful, having appeared in major productions, including Criminal Minds, Lethal Weapon, All About The Washingtons, Fatal Affair, and Chasing Nightmares.

With no doubt, Aubrey Cleland is a promising and rising star. She has quite a presence on social media. She’s got over 27 thousand followers on her @aubreycleland Instagram account while her Twitter handle has more than 12 thousand followers.