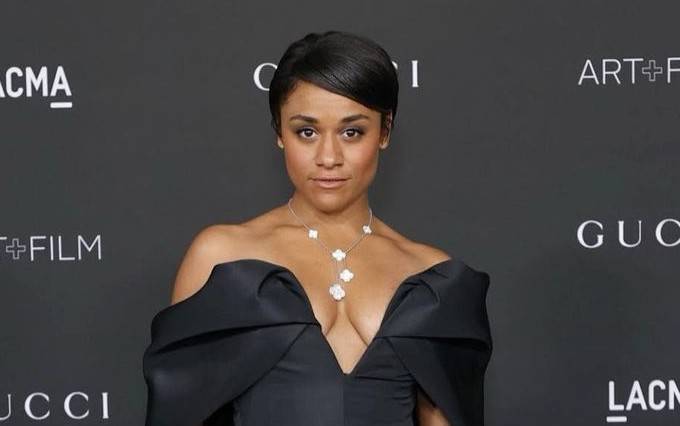 Hailing from North Carolina, Ariana DeBose has found much success as an actress and singer through her wide range of roles on stage as well as on-screen. She received widespread attention for her role as Anita in Steven Spielberg’s 2021 film West Side Story, which earned her an Academy Award for Best Supporting Actress. For the same role, she won several awards including a BAFTA, a Golden Globe Award, and a Screen Actors Guild Award, all in the Best Supporting Actress category.

DeBose started off her career on stage, having appeared in a string of musical theatre such as Bring It On, Les Misérables, Hamilton, and Summer: The Donna Summer Musical. Her additional acting credits include Alyssa Greene in Ryan Murphy’s film adaptation of The Prom, The Bullet in Hamilton, and Emma Tate in the comedy-drama series Schmigadoon!

There are very few details about her family or her early life. She was born to a Puerto Rican father and a white mother, whose name is Gina DeBose. She was a school teacher. Her maternal grandparents were Larry Thomas DeBose and Mary Virginia Henry.

Ariana DeBose has been romantically linked up with costume designer and professor Sue Makkoo since 2017. They worked together on Summer: The Donna Summer Musical.

Having been an actress for over a decade, Ariana DeBose started out on stage, playing Inez in the North Carolina Theatre’s production of Hairspray. That same year, she appeared in Alliance Theatre production of Bring It On and Avery Fisher Hall production of Company. After taking on varying roles both on-screen and on stage, she landed her first major role in Steven Spielberg’s film adaptation of the musical West Side Story, which was released in December 2021.

Yet of all her acting gigs, her portrayal of Anita in West Side Story earned her widespread acclaim. Thanks to the success of the movie, she won an Oscar for Best Supporting actress in addition to several prestigious awards. She made history by becoming the first actress of Latin American descent born after 1980 to ever be honored with an Oscar.

As of 2023, Ariana DeBose has an estimated net worth of $1 million dollars.

Ariana DeBose won praise for her performance in the 2021 movie West Side Story, which earned an Academy Award, a British Academy Film Award, a Critics’ Choice Movie Award, a Golden Globe Award, and a Screen Actors Guild Award for Best Supporting Actress. Besides these, she has also won a ton of awards, including the New York Film Critics Online Awards.

Ariana DeBose is the only actress of Latin American descent born after 1980 to win an acting Oscar.

DeBose is the first openly queer woman of color to be nominated for an Oscar for acting.

DeBose has acted in Broadway productions such as Bring it On, Motown: The Musical, Hamilton, and Summer: The Donna Summer Musical.

In 2021, Ariana was included in Forbes’ 30 Under 30 list in the “Hollywood & Entertainment” category.

She hosted an episode of Saturday Night Live in January 2022.

In March 2022, she landed the role of supervillain Calypso Ezili in the superhero film Kraven the Hunter directed by J.C. Chandor.