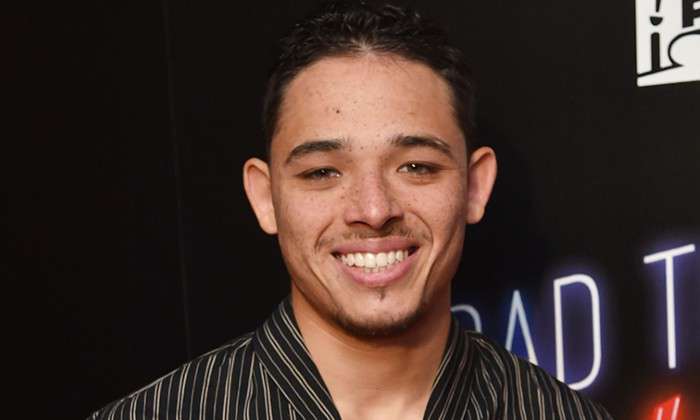 Anthony Ramos is an American actor and singer who shot to fame for his dual roles of John Laurens and Philip Hamilton in the 2015 Broadway musical Hamilton. From there, his career took off, and he has appeared in various films and Tv shows, including Will & Grace, She’s Gotta Have It, Godzilla: King of the Monsters, Honest Thief, and In the Heights. Besides all this, he is a well-known singer and has been singing since he was a little boy. His talents as a singer and songwriter apparently helped him gain roles on Off-Broadway and Broadway productions and after establishing himself as a stage performer, he launched his solo music career. He released an EP entitled “The Freedom EP” in 2018 and made his album debut with “The Good & the Bad” in 2019.

Of Puerto Rican descent, Anthony Ramos was born on the 1st of November 1991, in the New York City borough of Brooklyn. He was raised by his mother along with his two siblings, an older brother, and a younger sister. His sister’s name is Stephanie Ramos.

He began learning music when he was a little kid and showcased his singing abilities as a member of the student group, the Halsey Trio while studying at Halsey Junior High School. He graduated from New Utrecht High School in 2009. Thanks to his singing talents, he earned a full scholarship at the American Musical and Dramatic Academy, a conservatory for the performing arts, and graduated from their musical theatre program in 2011.

Ramos first met actress Jasmine Cephas Jones in 2015 during the rehearsals of the Off-Broadway production of Hamilton. Soon after entering the romantic world, they made their romance public in 2015. They got engaged in December 2018. They broke up in November 2021.

Anthony Ramos began his professional career on stage, appearing in regional productions of Grease and In the Heights, and became a cast in the off-Broadway production of Hamilton at The Public Theater in 2015. That same year, when the play moved to Broadway, he played dual roles of John Laurens and Alexander Hamilton until his departure from the production in November 2016.

As he continued to pursue theatre, he also landed roles in TV shows and films. Some of his most remarkable outings include Tony in the NBC sitcom Will & Grace and Mars Blackmon in the Netflix drama series She’s Gotta Have II and Staff Sergeant Anthony Martinez in the movie Godzilla: King of the Monsters.

Anthony’s various career choices have shown how diverse his skills are and how much passion she has for acting. All of these endeavors have been good to him. The 31-year-old is estimated to have a net worth of about $1 million, and with an exciting lineup ahead of him, that is sure to grow.

In 2016, he won the Grammy Award for Best Musical Theater Album along with his co-stars Daveed Diggs, Renee Elise Goldsberry, and Jonathan Groff, amongst others.

Prior to becoming an actor, he worked as a preschool teacher and then as a baker.

He released his debut studio album, The Good & The Bad, on October 25, 2019, which debuted at number 21 on the US Billboard Heatseekers Albums chart.

In 2020, he released the song “If You Want Me to Stay” featuring Ari Lennox.