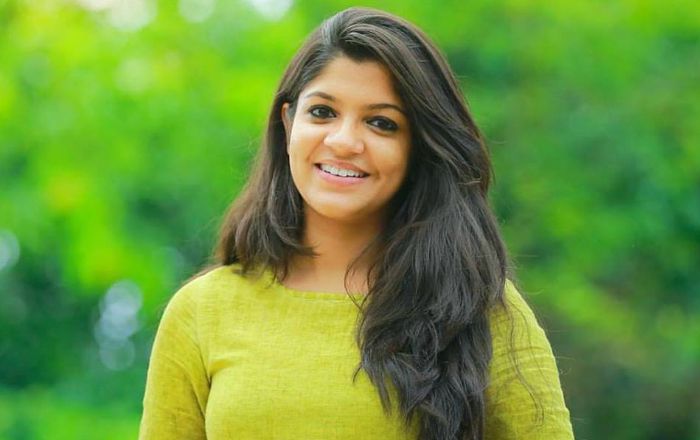 Aparna Balamurali is an Indian film actress and singer perhaps best known for her portrayal of Jimsy Augustine in the Malayalam film ‘Maheshinte Prathikaaram’ alongside Fahadh Faasil. For her work in the film, she earned several accolades including Asianet Film Awards and Vanitha Film Awards for Best Actress, which helped her achieve visibility in the acting world. Her other acting credits include Sarvopari Palakkaran (2017), Sunday Holiday (2017), 8 Thottakkal (2017), and Sarvam Thaala Mayam (2019), among others.

Aparna is the daughter of K. P. Balamurali, a music composer, and Sobha Balamurali, a lawyer and a playback singer. Her father has composed several musical albums, while her mother has sung a handful of songs in Malayalam films.

Aparna attended Devamatha CMI Public School in Thrissur, Kerala. After graduating from high school, she enrolled at the Global Institute of Architecture in Palakkad where she studied architecture.

Aparan is possibly single as she never was seen dating anyone publicly. She rarely opens about her private life and perpetually managed to keep her personal life away from the spotlight.

Aparna Balamurali first made her onscreen appearance in the film, Yathra Thudarunnu, in an uncredited role. She. then, landed a supporting role in the 2015 Malayalam film Oru Second Class Yathra.

Her first appearance as a leading actress came with the 2016 Malayalam film Maheshinte Prathikaaram, in which she played Jimsy Augustine alongside Fahadh Faasil.

Aparna made her Tamil debut with the 2017 film, 8 Thottakkal for her role as Meera.

As a singer, Aparna first rendered her voice for the song  “Mounangal Mindumoree” in the film Maheshinte Prathikaaram. She has since then sung around half a dozen songs in her films.

She ventured into showbiz at the age of 18. She has since then appeared in several hit films and established herself as a leading actress in the industry.

Currently, Aparna is the most sought-after actress in the town, who has a slew of films lined up for release.

Besides films, she has also appeared in musical albums like Naadu.

Aparna is trained in Indian classical music and classical dance styles such as Bharatanatyam, Mohiniyattam, and Kuchipudi.