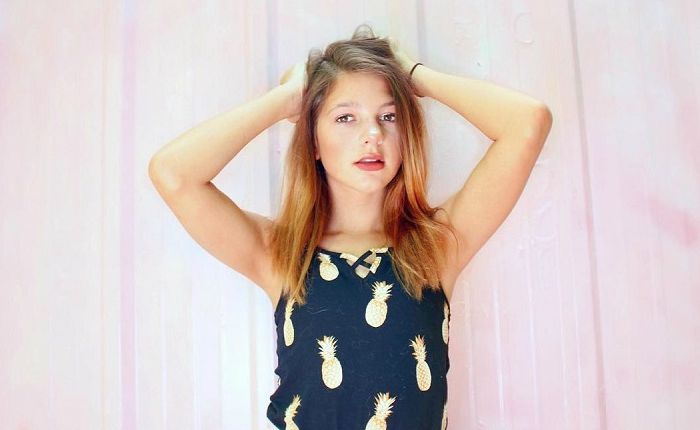 Annie Rose is an American social media influencer who is widely known for her YouTube channel, to which she uploads a lot of beauty and lifestyle videos and her daily routine videos. The young dazzling YouTuber has a wide range of audiences of both genders and has around 810k subscribers on her channel. She uploads at least three videos a week, usually on alternate days, that includes fashion, shopping hauls, room tours, travel, and skits with her BFFs. In addition to vlogging, she posts a lot of pictures that are primarily focused on twin girls to her Instagram handle.

Annie Rose was born on the 26th of January 2006, in Texas, United States of America. She is currently 16 years old.

Being an internet celebrity and due to a hectic work schedule, Annie has been enrolled to homeschooling. She also attends a weekly co-op school called PACES on Tuesadays.

Annie is the daughter of Mark Witherspoon and Shona Cole. Her father is the Vice chairman of the Board of Directors of Montgomery County Hospital District while her mother is a homemaker, who is of Irish origin. She has a big family and she grew up with five siblings. She has three older siblings, Matthew Cole, Lily Cole,and Laura Cole, and two younger siblings, Max Cole and Mark Adam Cole.

Talking about her relationship, she is allegedly dating fellow social media star Enoch Erdner since 2018. They have been featured together in a lot of pictures she uploads to her Instagram page.

She is a big fan of YouTube even before she launched her own channel. She and her friend Hope used to spend a lot of time on the app watching their favorite videos. One fine day, they decided to start their own channel, and eventually, they created a channel named “Annie & Hope Jazzy Girl Stuff” in January 2015. Their videos gradually started to gain popularity among the internet users and she soon started her channel called “Annie’s Vlogs” which has over 250k subscribers. The next year, she came out with another channel called “Annie Rose”, which is her primary channel with around 800k subscribers.

Known for her videos that cover a wide range of topic such as fashion, shopping hauls, room tours, routines, travel, and skits with her BFFs.

Unfortunately, not much is known about her net worth or her YouTube earnings. Her channels are moderated by her mother. She resides with her family in Houston, Texas, United States.

She loves animals a lot. She has five pets, three cats and two dogs.

According to her, YouTubers Casey Neistat and Bethany Mota are her biggest inspirations to start her own channel.

She used to watch a lot of videos by Miranda Sings, Brooklyn & Bailey, Alisha Marie, Claudia Sulewski, and others before fame.