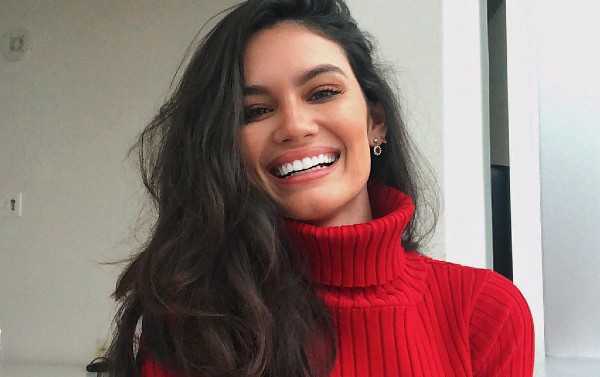 Anne de Paula is a Brazilian model and the wife of Philadelphia 76ers center Joel Embiid. She is best known for her work with the coveted Sports Illustrated. First, Anne debuted as part of the 2017 SI Swimsuit model search and then became a SI Swimsuit rookie in 2018.

She entered modeling very early on after being scouted at the age of 13. Throughput the course of her successful modeling career, Anne has worked with major fashion labels as well as appeared on the covers of several renowned magazines.

Not much is known about her parents right now. Her father worked as a nurse while her mother was a radiographer.

She was educated at a local public school in Rio de Janeiro where she played soccer for the school team.

Anne de Paula has been in a relationship with Cameroonian professional basketball player Joel Embiid since 2018. He plays for the Philadelphia 76ers of the National Basketball Association (NBA).

The couple first met in 2018 at a dinner party through a common friend and became friends over time. Later that year, the couple made their romance public and welcomed their first child together, Arthur, in September 2020.

Before dating Joel, Anne dated Irish singer-songwriter Danny O’Donoghue for over three years from 2015 until their break up in 2018.

Named one of Sports Illustrated’s Swimsuit model search in 2017.

Her father wanted her to be a soccer player and trained her from an year age.

She was discovered by a modeling scout at the age of 13.

At age 14, she signed a contract with the Wilhelmina modelling agency and began her professional modeling career.