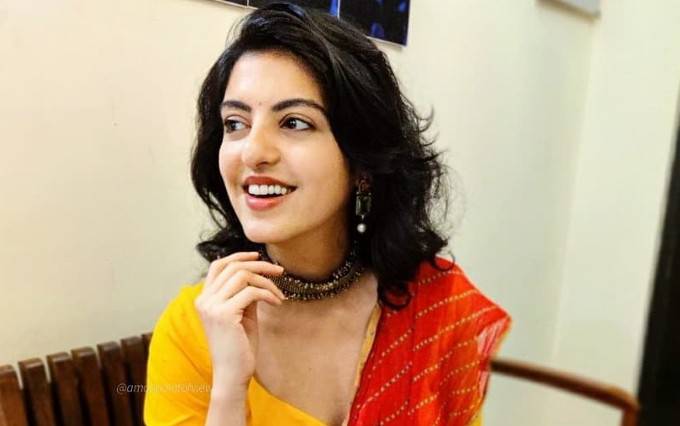 Indian actress Amrita Prakash began her career when she was four years old, appearing in TV commercials and print ads. She got her breakthrough in 1999 with the TV series Fox Kids, playing the role of Miss India. In 2003, she played her part as Neelu Mathur in the Zee TV series Tum Bin Jaaoon Kahaan. It was her first major acting gig that offered her a significant amount of success as well as cemented her reputation as a prominent television star. Following her success with Tum Bin Jaaoon Kahaan, she has acted in several TV series like Ek Rishta Aisa Bhi, Gumrah Season 2 & 3 Men will be Men, and Patiala Babes. Her film credits include Manjupoloru Penkutti, Vivah, Ek Vivaah… Aisa Bhi, We Are Family and The World of Fashion.

Amrita is the daughter of Dr. Prakash Bakshi, who served as the Chairman of NABARD. She is the only child of her parents. Though the information about her mother is not available right now, she has shared pictures of her mother on Instagram.

She graduated with a master’s degree in Commerce and Business Administration from Mithibai College, which is affiliated with The University of Mumbai.

Amrita has been rumored to be in a relationship with fellow actor Vivian Dsena.

She started off her career as a child actor at the age of 4 with television commercials. She has acted in numerous commercials for brands including Rasna, Ruffles Lays, Glucon-D, and Dabur.

Amrita made her television debut in 1999 with the reality show Fox Kids on Star Plus. She gained widespread attention, especially among kids, for her role as Miss India.

Her breakout role came in 2001 when she was cast in Anubhav Sinha’s Tum Bin as Milli.

She is good friends with actress Rubina Dilaik.

Amrita Prakash is often choosy when it comes to accepting roles on both TV and films. In an interview, she said that she would take on an extended cameo role rather than starring in a guest part even if it was a meaty role.

Amrita has starred in both Hindi and Malayalam movies.