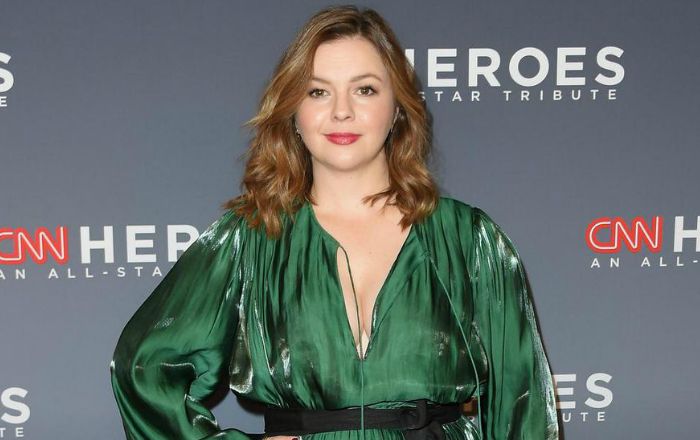 Amber Tamblyn is an American actress who shot to fame after portraying her role as Emily Quartermaine on the soap opera General Hospital. She grabbed Primetime Emmy and Golden Globe nominations for playing Joan Girardi on the prime-time series Joan of Arcadia. She has been a part of many commercially successful films including The Sisterhood of the Traveling Pants, The Grudge 2, The Ring, and 127 Hours.

Amber Tamblyn was born on the 14th of May 1983, in Santa Monica, California, United States of America. She’s currently 39 years old.

Amber Tamblyn is married to actor and comedian David Cross since October 6, 2012. She gave birth to their first child, a daughter named Marlow Alice Cross on February 15, 2017.

Amber Tamblyn made her feature film debut in 1995 in ‘Live Nude Girls’, in which she played the role of young Jill. The older Jill character was played by actress Dana Delany.

She has appeared in such films as, ‘The Ring’, ‘The Sisterhood of the Traveling Pants’, and its sequel, ‘127 Hours, ‘The Grudge 2’, ‘Django Unchained’, and ‘Nostalgia’.

Tamblyn launched her television career starring as Emily Quartermaine on the soap opera General Hospital. She was part of the show for six years from 1995 until 2001.

She has appeared in starring or guest-starring roles on such television shows as, ‘Buffy the Vampire Slayer’, ‘Joan of Arcadia’, ‘The Increasingly Poor Decisions of Todd Margaret’, ‘House, M.D.’, ‘Portlandia’, ‘Inside Amy Schumer’ and ‘Two and a Half Men’.

Amber Tamblyn has had a successful career as an actress for decades. She was praised for her performances in General Hospital, Joan of Arcadia, Two and a Half Men, and House.

She studied theater from age 5 to 14. She was discovered at the age of 9 when she was cast in a school play, ‘Pippi Longstocking’.

In 2007, she won the Locarno Film Festival award for Best Actress for her work in the film “Stephanie Daley”, in which she starred opposite actress Tilda Swinton.

In 2014. Amber portrayed the character of Daisy Domergue for the live reading at the Ace Theater in Los Angeles of Quentin Tarantino’s The Hateful Eight.

Amber is the second youngest actress to be nominated for an Emmy in the category of Lead Actress in a Series.

Tamblyn has been interested in writing poems from a very young age. Her first published poem “Kill Me So Much” appeared in The San Francisco Chronicle when she was 12.

In 2005, her debut book of poems, written between the ages of 11 and 21, entitled Free Stallion was published by Simon & Schuster Children’s Publishing.

Tamblyn has self-published two chapbooks of poetry, Of the Dawn and Plenty of Ships.

She released her debut novel, entitled Any Man, in June 2018. It centers on a serial female rapist who preys on men.

Tamblyn launched her second book titled “Era of Ignition”, which is dubbed as a memoir and feminist manifesto, in March 2019.