Amanda Seyfried is a renowned American actress, model and singer-songwriter, who is well-known for her works in films like “Mean Girls”, “Jennifer’s Body”, “Dear John” and “Les Misérables”. Having started modeling at the age of 11, Amanda ventured into acting at 15, and this ambitious leggy lass takes up challenging roles with every film.  As an actress, she has experiments in almost all genres, making her one of the versatile and most sought-after actresses in the entertainment industry. In addition to being an actress, she is also a talented singer who has credits to a few hit songs.

Amanda Seyfried was born on 3 December 1985, in Allentown, Pennsylvania, USA.

Amanda graduated from William Allen High School in Allentown, Pennsylvania in 2003. Later, she joined Fordham University but dropped out after being offered her role in Mean Girls.

Amanda Seyfried and her The Last Word co-star Thomas Sadoski in February 2016 got married in March 2017, in a private ceremony. They welcomed their first child, a daughter, Nina Sadoski Seyfried, on march 21, 2017. 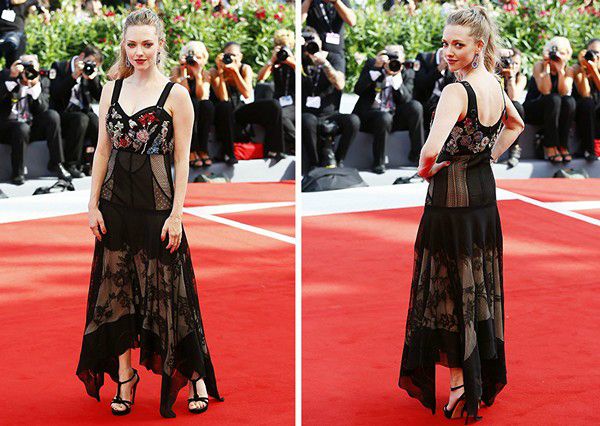 Throughout her career, she has endorsed several brands such as Cle de Peau Beaute, Movado, Esquire, to name a few.

Her immense popularity has made Amanda as one of the most wanted and top paid actresses in the industry. Amanda Seyfried has an estimated net worth of $12 million.

Amanda bought a condo apartment in New York in November 2010, which features two bedrooms, one large living room, a dining room, two bathrooms, a modern kitchen, a small laundry room and a walk in closet. This beautiful 1500 square feet mansion is valued at $1.9 million US dollars.

This Pennsylvania-born blonde owns a range of exotic cars including Audi A4 and Audi Q7.

Her last name is pronounced “Sigh-Frid”.

Amanda began her career at the age of 11 when she worked as a teen model and by the time she was 15, she already started starring in films.

She was trained in classical opera for two years and studied under a Broadway voice coach for almost five years.

She has an Australian shepherd pet dog, Finn.

Though, she enjoys luxury lifestyle living like a queen, she suffers from anxiety and panic attacks.

In 2009, she was named as one of the “100 Most Beautiful People in the World” by People magazine.

Seyfried was featured in Vanity Fair’s “Bright Young Hollywood” article in 2008, and appeared on the magazine’s cover with several other actresses in 2010.

She was named as having the “Sexiest lips” by Victoria’s Secret What Is Sexy list in 2012.

Amanda was very much interested to study weather. If she were not into acting, she would have become a meteorologist.

She is good friends with actress Nikki Reed.